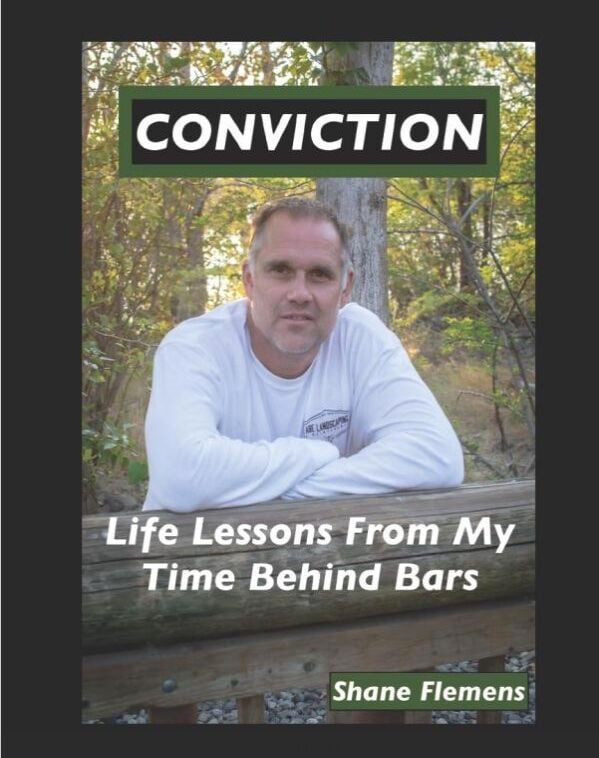 I have a soft spot in my heart for stories of redemption, particularly those in which individuals have found a way to overcome challenges and transformed their pain and suffering into a commitment to help others.

Recently, I was introduced to the writing of Wenatchee businessman Shane Flemens, the father of five kids and self-described black sheep of his family who got into an altercation on a fishing boat in Alaska and was accused of attempted murder after stabbing fellow crew members.

In two books — “Conviction” and “Deep Conviction” — Flemens gives readers an unvarnished and stark view of the conditions in prison and raises reasonable and thoughtful questions about the emphasis on punishment at the expense of finding ways to reduce recidivism.

Flemens has by all accounts turned his life around and runs two successful businesses in the valley. Asked how people in our community react to his past, Flemens acknowledges that some people are willing to give him the benefit of the doubt and others, not so much.

Flemens makes no excuses for what happened on the fishing boat and is forthright about the drug and alcohol abuse that contributed to his downfall. There is a refreshing honesty in what he writes and how he speaks about his time behind bars.

Flemens, through considerable effort, determination and luck, took the lemons of serving nearly seven years in prison for assault and made lemonade. His is a story of resilience against seemingly overwhelming odds.

The culture of prison, in which those serving life rule the roost and systematically prey upon those in prison for shorter stints, leads to daily Catch 22 circumstances. In one passage, Flemens talks about a fellow inmate who was asked by a lifer to share food he received from his family. The man refused and was severely beaten. Saying “yes” would have led to the victim being perpetually shaken down by the lifer and saying “no” would lead to a severe beating, Flemens recounts. “What would you do?” Flemens asks the reader.

Flemens’ journey to becoming a constructive member of society required him to take advantage of every educational opportunity, such as anger management, finding support through faith programs available, and ultimately creating ways to help others in prison.

Flemens tutored fellow inmates to get their GED’s, helped them prepare for parole hearings and even launched a fundraiser with the support of the prison administration to raise funds from fellow prisoners for the Salvation Army to help them provide gifts for children.

Flemens told me that fundraiser was a highlight of his experience and said it changed the culture of the prison for a time. The Salvation Army would provide a gift for the child of every inmate in the prison and Flemens thought the prisons would want to help support that effort.

Inmates, who were earning perhaps 50 cents an hour, lined up to donate to the cause. When all was said and done, about $1,000 was raised by these inmates, Flemens said. Moreover, during that campaign, the sense of purpose by doing for others led to reduced violence in the prison.

What Flemens makes clear is that our prison system is based on punishment rather than rehabilitation and he feels that if we want to reduce the rate of recidivism, we would be far better served by creating opportunities for these individuals to overcome their impulse control issues and preparing themselves to succeed on the outside.

He quotes Nelson Mandela, who said “a nation should not be judged by how it treats its highest citizens, but it’s lowest ones.”

“It’s hard to imagine a ‘lower citizen’ than a locked-up prisoner,” Flemens writes. “Life in prison is base, raw, dangerous, sad and often terrifying,” he said.

What Flemens is talking about is not coddling people but about creating a system that is designed to help people deal with the issues that led to their incarceration. Failing to do so only means we’ll spend more money warehousing people in less than human conditions and giving them no way to change. We’d spend less money in the long term.

Flemens’ success is the exception to the rule but he doesn’t have to be.

Naomi Ishisaka: Why we must confront the history of U.S. Native boarding schools if we hope to heal

Opinion | Rufus Woods: Study shows what it takes to help all students succeed

A political forest fire |  I’m vaccinated, but can’t go with pet to vet | Lincoln Park is wrong location for carnival