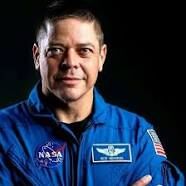 The successful completion of Elon Musk’s SpaceX mission to the International Space Station was a national triumph and it held special meaning for Don and Kit McArthur of Chelan.

Their son-in-law, Bob Behnken, was one of the two NASA astronauts on that mission and his wife, Megan McArthur, who is also an astronaut, is scheduled to go on the next SpaceX mission in early 2021.

It proves once again that some of the most amazing people in this country have ties to North Central Washington.

After the decommissioning of the NASA’s Shuttle Program, the agency is contracting with two private companies, including SpaceX, to shuttle astronauts into space for low-level flights. That arrangement leaves room for NASA to invest more time and energy in developing rockets and capsules for lengthier missions, such as anticipated flights to Mars.

The mission with Bob Behnken was a critical step forward for this private-public partnership. It was the first manned SpaceX mission after a few dozen unmanned flights.

Don McArthur is a 1961 graduate of Wenatchee High School, went to Washington State University and spent 22 years as a P3 land-based patrol pilot in the Navy. Kit graduated from WHS in 1962.

When we spoke on the phone, Don called SpaceX mission a “marvelous engineering achievement.”

McArthur said he doesn’t get nervous when his daughter or son-in-law head into space, because he has great confidence in the engineering and training of all involved.

Megan McArthur’s next mission will be her second in space and the first time to the International Space Station. She previously participated in a mission to repair the Hubble Space Telescope in 2009. During that mission, she operated the robotic arm that grabbed and released the telescope.

Megan McArthur will be the pilot on the upcoming mission that is expected to have a crew of four individuals.

She and Bob Behnken have a 6-year-old son. The family typically spends two or three weeks at Chelan during the summer months, but with Behnken’s flight and the Covid 19 situation, they won’t be visiting this year.

Don McArthur said his daughter is fully involved in her own training for the upcoming mission. “I’m proud of all four of my children, but Megan has the most unusual job,” he said.

Behnken and Megan McArthur were both members of NASA’s astronaut class of 2000. She has a bachelor’s degree in aerospace engineering from UCLA and a doctorate in oceanography from the University of California at San Diego.

Her father said his youngest daughter showed an interest in flight from an early age. Don, who retired with the rank of commander, said Megan worked for NASA in simulators when he was stationed at Moffett Field near Mountain View, Calif. NASA’s Ames Research Center is located nearby.

With the drive to inspire more girls to get involved in science, technology, engineering and math fields, Megan McArthur can be a valuable role model for youngsters in North Central Washington and across the country.

We can be proud of our shirt-tail connection to the success and accomplishments of Bob Behnken and Megan McArthur. They don’t live here full time, but we can still claim them as our own.

Maybe there are ways for teachers and students in our local schools to follow the exploits of these two individuals and get youngsters excited about what is possible.