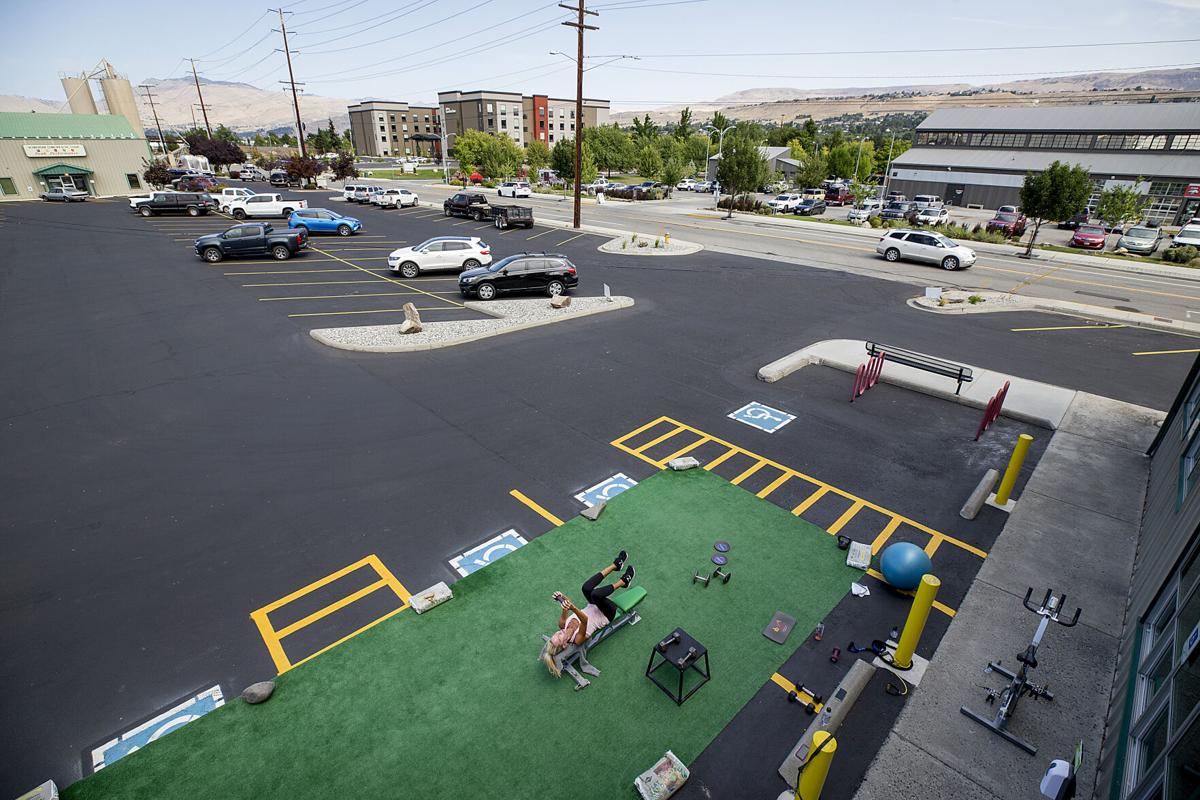 Sharon Selland, Wenatchee, exercises outside the building at the Wenatchee Worx fitness center in August. The business is using the north side of its building and limiting five people per trainer to comply with COVID-19 restrictions. 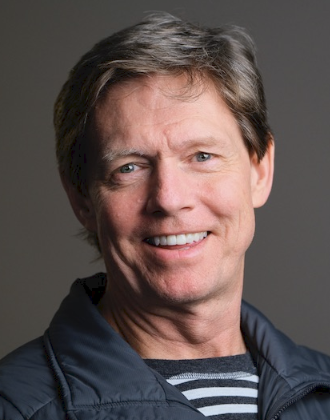 This year The Wenatchee World is honoring five difference-makers in North Central Washington with Community Impact Awards. See the rest of the honorees, and the full 2021 Progress Edition, on this page.

WENATCHEE — Blair McHaney doesn’t give up.

Setting goals and working hard to reach them come with the territory of a guy who got into the fitness business in 1983 and went on to own two full-service gyms.

In addition to the Worx (Your Workout Prescription) locations in Wenatchee and East Wenatchee, he also is the CEO of MXM (Member Experience Metrics), a fitness software provider. He consults with more than 700 clubs across the nation about using data to improve member experiences and improve operations.

His commitment, though, was tested in 2020, as the founder and president of the Washington Fitness Alliance, a group of more than 740 gyms and fitness centers statewide that worked with the governor’s office and state Department of Health throughout the summer to develop safety protocols to allow gyms statewide to reopen.

It paid off. After being ordered closed in March, gyms were given the green light in October, though it didn’t last long.

As with the overall COVID-19 experience at various levels, the effort took two steps back in November when a virus surge prompted officials to again shutter workout facilities. McHaney, though, continued the fight that is, for him, both personal and principled.

While some operators went against state regulations — operating under the radar behind windows covered with black plastic — McHaney kept the conversation going, charging ahead with making sure health officials and government policy makers understood all that was at stake — for gym owners and gym members.

“People need to exercise more than ever just to stay sane,” McHaney said in an interview with Wenatchee World in November. “There’s so much mental health and wellness that goes into the idea of physical activity. And in the winter, people are not going to go outside.”

Closing gyms also disproportionately impacts lower income residents who can’t afford to set up a gym in their homes, he said.

It’s the data-driven side of his work that helped spur the alliance’s efforts to keep gyms and fitness centers accessible, showing that safety protocols being used by alliance members across the nation provided a safe environment.

As the state’s reopening plan has evolved, gyms and fitness centers remain part of the discussion — and part of the solution to surviving the pandemic.