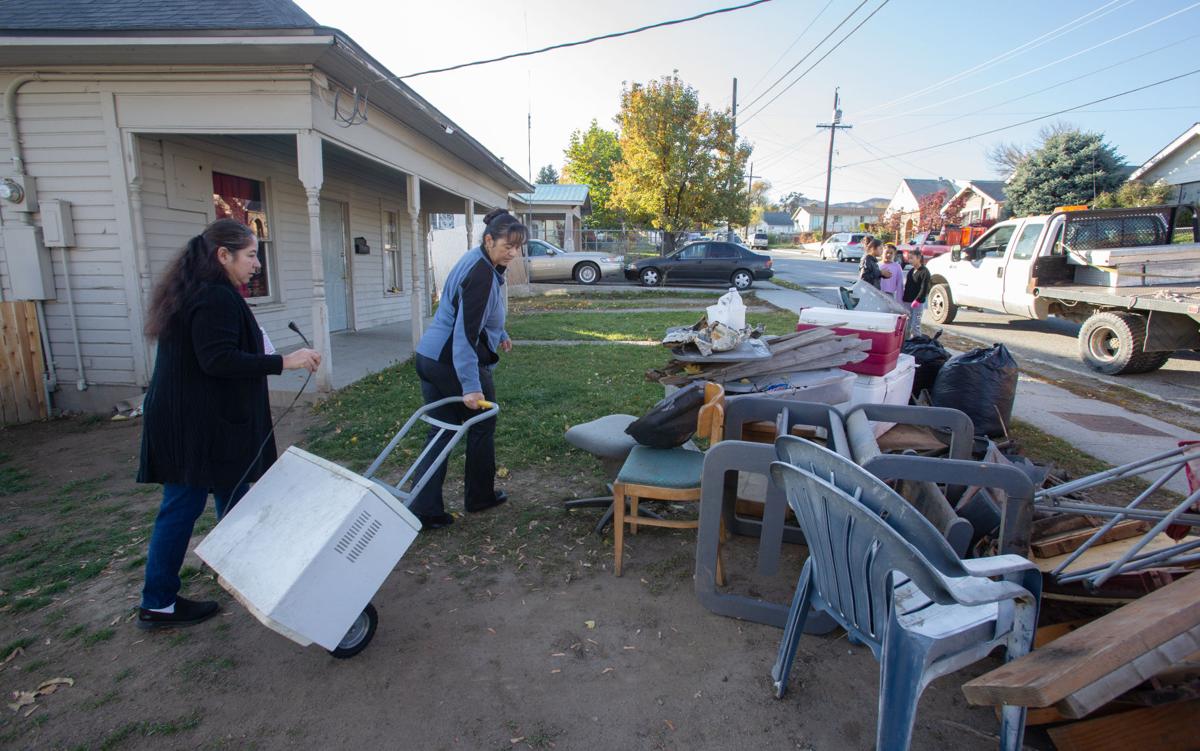 Norma Valdovinez, left, and Beatriz Elias haul out a microwave oven as they participate in a community cleanup as part of Make a Difference Day on Oct. 26. 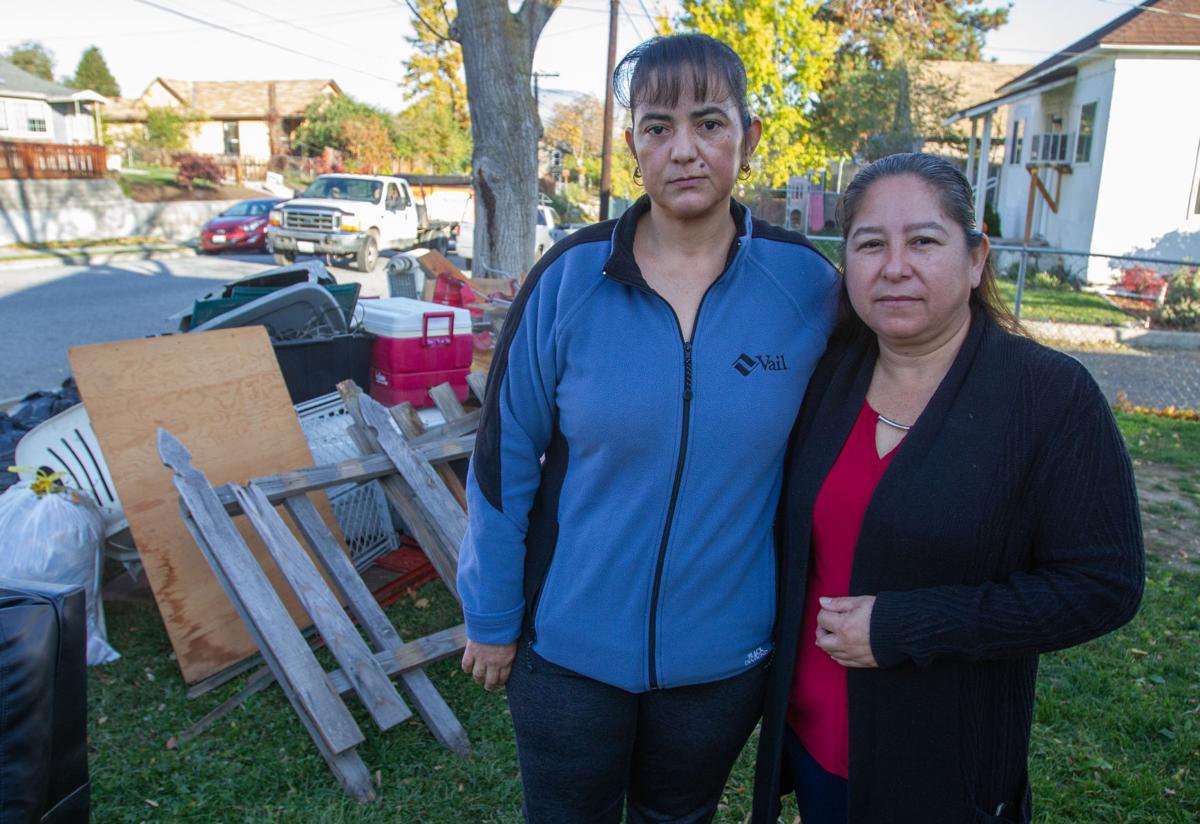 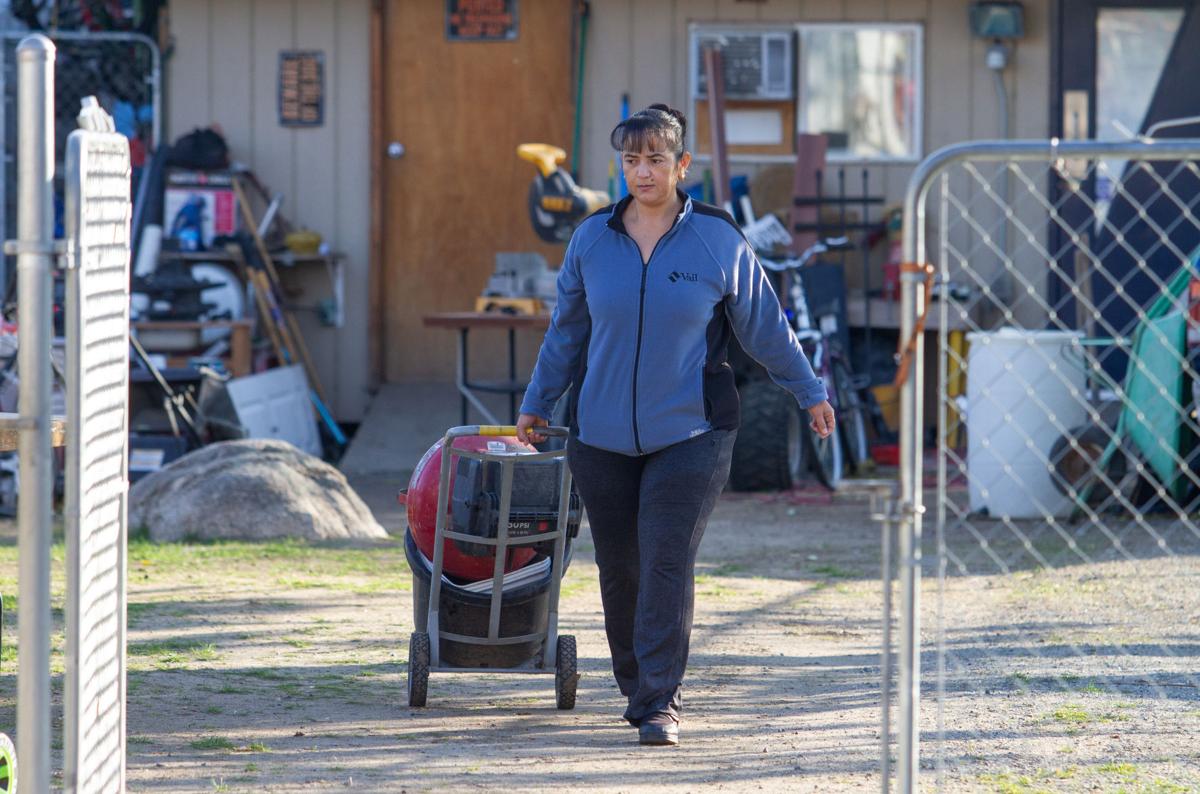 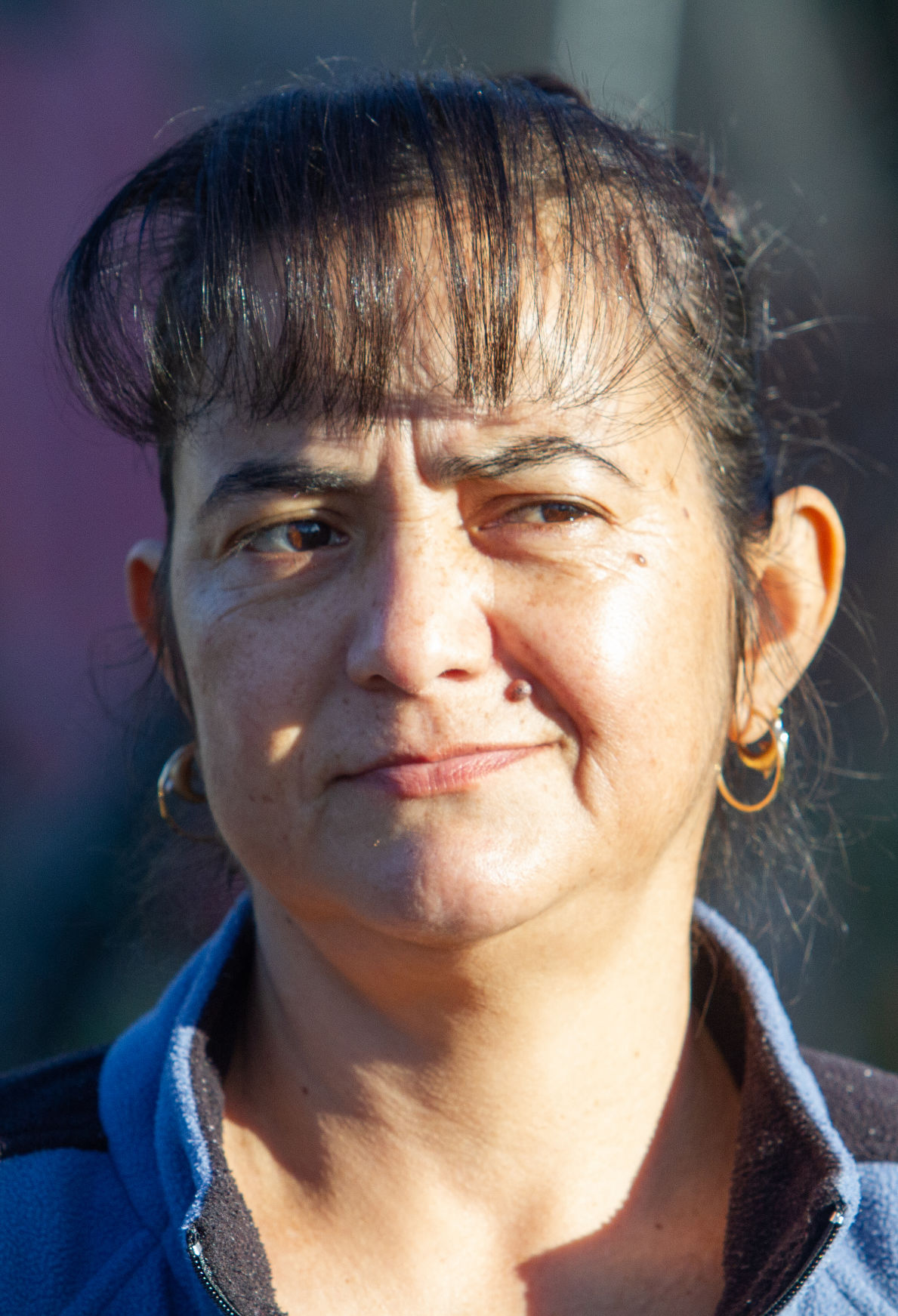 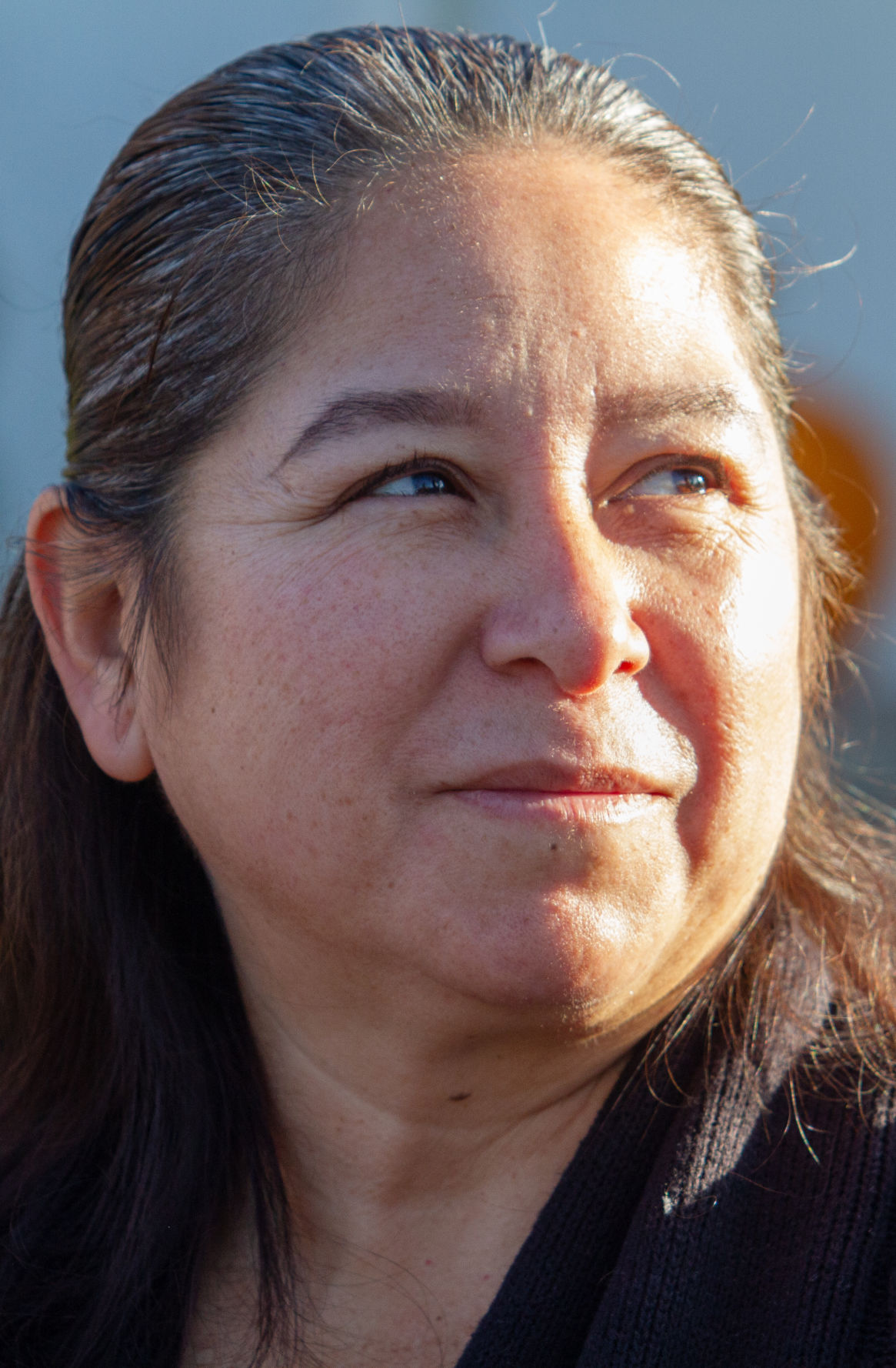 Norma Valdovinez, left, and Beatriz Elias haul out a microwave oven as they participate in a community cleanup as part of Make a Difference Day on Oct. 26.

WENATCHEE — The residents of the Methow Street neighborhood got together on Make a Difference Day to beautify their neighborhoods by getting rid of junk and debris.

Two women in particular made an effort to connect to their neighbors and tell them about the opportunity to dispose of unwanted items: Norma Valdovinez and Beatriz Elias. On Make a Difference Day neighbors all down Methow Street and on surrounding roads put items out on the curb to be picked up by volunteers. All kinds of stuff could be seen from wooden boards to children’s toys.

Vamonos Junk Haulers helped pick up and throw out the items as part of the event, said Teresa Bendito, Parque Padrinos Make a Difference Day organizer.

Helping clean up the neighborhood creates a cleaner environment for everyone and improves how people look at their community, Elias said. They want their kids to be able to play outside in a healthy environment.

They also want their kids to be inspired to keep making their neighborhoods clean and help out when they get older, she said.

“We’re all neighbors and we are all united,” Elias said. “Together the union makes the force,” that can get stuff done.

Both Valdovinez and Elias were very important in connecting the neighbors together and letting them know about Make a Difference Day, Bendito said.

This event made a big difference because members of the Hispanic community don’t always have the money or know how to dispose of stuff, she said. It can be unclear which items go where or can be taken to the dump at all.

“There are a lot of people who could be facing evictions or have a fine for having things outside their homes,” Bendito said. “So that can cause a lot of fear for the families as well.”

The people were really interested in beautifying their neighborhoods, though, because of the Methow Street park renovations, she said. They wanted to make their homes and yards as clean and nice as the new park will be.

“We focus in this area because of the park renovation considering there will be a lot of people coming, celebrating and visiting the park once it is open,” Bendito said. “The neighbors have said they want to make sure their homes look nice and are excited about that renovation.”