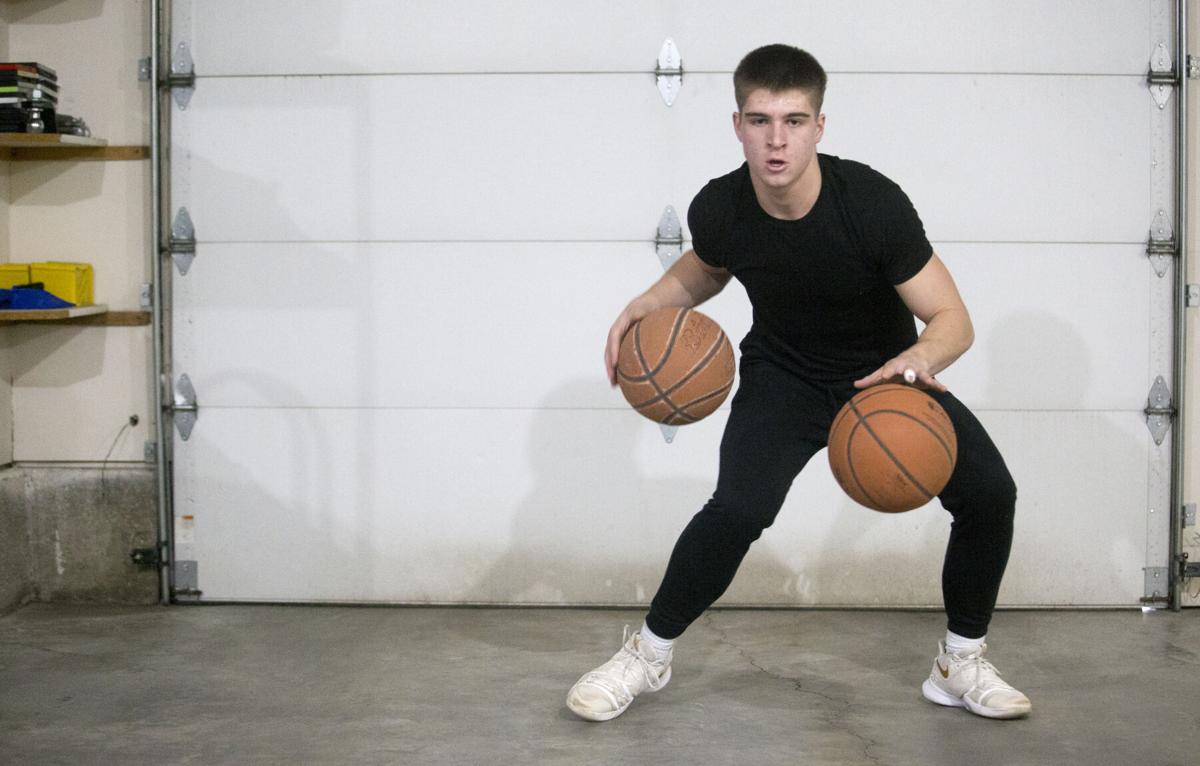 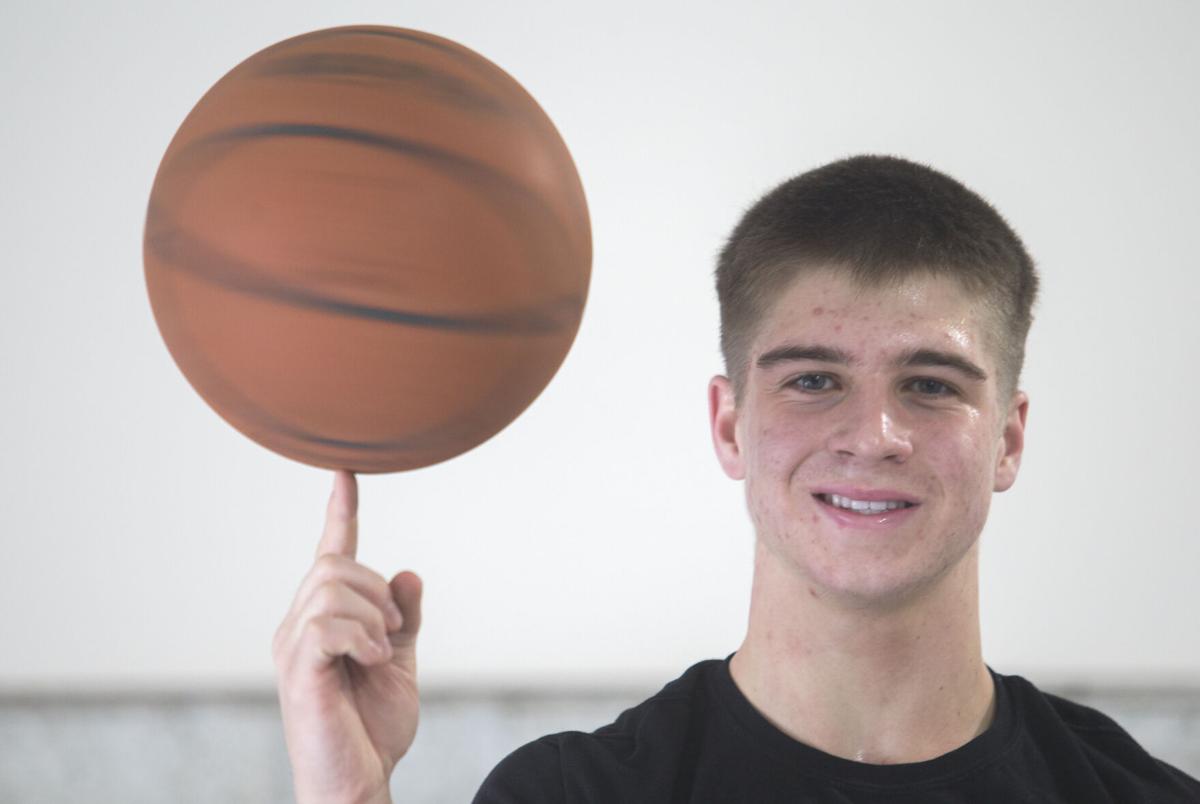 Wenatchee High School senior Garrett Long spins a basketball on his finger for this portrait.

Wenatchee High School senior Garrett Long spins a basketball on his finger for this portrait.

WENATCHEE — Wenatchee senior point guard Garrett Long has a routine. One he’s kept even before COVID-19 upset everyone’s applecart in March, and one he’s also maintained throughout the pandemic, even with a lack of resources at times.

His motivation? Distinguishing himself apart from every other 6-foot-2 point guard in the state, from an area that aside from Joe Harris and Hailey Van Lith, hasn’t necessarily established itself as a breeding ground for hoop stars.

“Honestly, even before COVID-19, I was getting up at 6 a.m. every morning to get 200 to 300 shots up,” Long said in an interview last week. “Whenever I would wake up I would just think to myself, ‘how can I separate myself from others,’ especially coming from Wenatchee. Getting up consistently, it’s all mental. The hardest part is just getting out of bed; everything else is easier from there.

“There are hundreds of thousands of 6-foot-1, 6-foot-2 guards; the biggest difference is they don’t all have the same work ethic. If I stay focused, that’s what will make me stand out.”

After his early morning jumpers, Long works on his conditioning, preferring to either jump rope or run. In the spring and summer, he runs “sandhills” off the Apple Capital Recreation Loop Trail before the mid-morning heat sets in, which he claims has made his lower body more explosive. He’d then lift weights in the afternoon before heading to the Wenatchee Valley College Community Court at night for individual ball handling drills or pickup games.

Once gyms were allowed to reopen in the fall, Long, who is in the Running Start program and takes all of his classes off-campus, would hit the WRAC twice a day to work on his shot and workout — training lower body in the morning and upper body at night.

“I made sure I didn’t wear myself out too much but I put a load on myself to really excel,” he said. Everything has slowed down a bit the past month but I’ve found little ways to play basketball.”

When he can’t find a court, Long trudges out into his family’s garage with a pair of weathered basketballs and works on two-ball drills, bouncing each one at varying heights before crossing over or weaving one between the legs.

Even with the basketball season still on hold, Long wants to leave Wenatchee knowing he gave all he could.

“I don’t know if we are going to have a season or not, but I want to go out on a positive note,” Long said. “I had put so many hours in the gym before COVID hit, there was no point to stop during. It would have been easier, but I wanted to keep my teammates motivated as well. If we do have a season we’ll be ready.”

While state basketball had just wrapped up when the pandemic hit last March, one major impact for basketball players was the loss of the summer AAU season, which provides the greatest opportunity to get in front of college eyes.

Long plays for the AAU team Friend of Hoop (based out of Bellevue), but wasn’t able to play in any tournaments until the early fall.

“It was good to see where you were at against some of the top players in the nation and it was a good experience,” said Long, who competed in tournaments in Arizona, Idaho and Utah. “I just wish we could have had more tournaments/chances to show my skill set on a greater scale. But I can’t really complain at the same time, since I was able to get a few tournaments in.”

Long has received some interest from a few schools, including Seattle Pacific, Air Force, Army and Eastern Washington. He is hoping to land a D1 offer.

While he’s still undecided at the moment, he said he plans to figure it out over the next few months.

Long said transferring out of Wenatchee — like Camden Sirmon or Dawson Pike did for football this fall — did cross his mind, but ultimately, he also didn’t want to take a chance of going somewhere else and not getting an opportunity to play.

“I talked with my parents about it and we decided to wait it out and try to find some AAU tournaments," he said.

Long is flying to Arizona later this month to play with BFL Prep (based in Seattle) for a two-week tournament called The Grind Sessions in Phoenix.

“So I’ll at least get a couple of games under my belt if there isn’t a season or we have to wait,” Long said. “I’ll get to play around six games against some really good competition."

Of course, like any senior, Long would prefer to finish out his high school career playing for the purple and gold.

"If we do have a senior season, I’m looking forward to leading the guys, and I’d really like to get to the Tacoma Dome; that was always one of my biggest goals.”

Though the chance of games being held at the Tacoma Dome is fairly slim at this point, a regional win would feel good nonetheless in what has been the most bizarre year for sports.