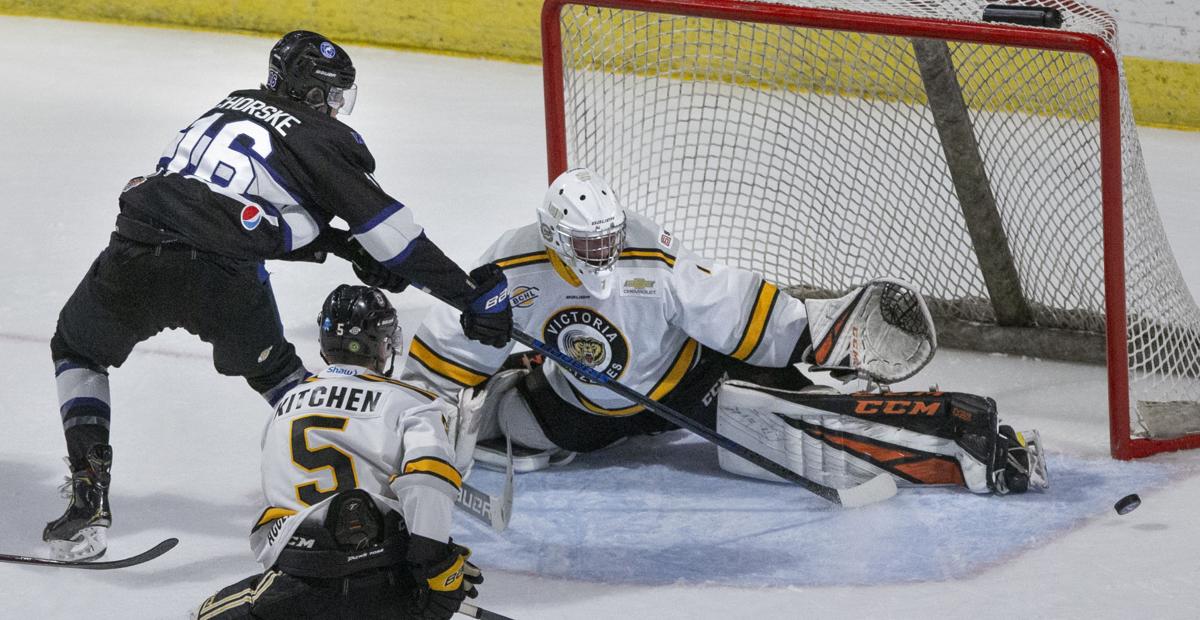 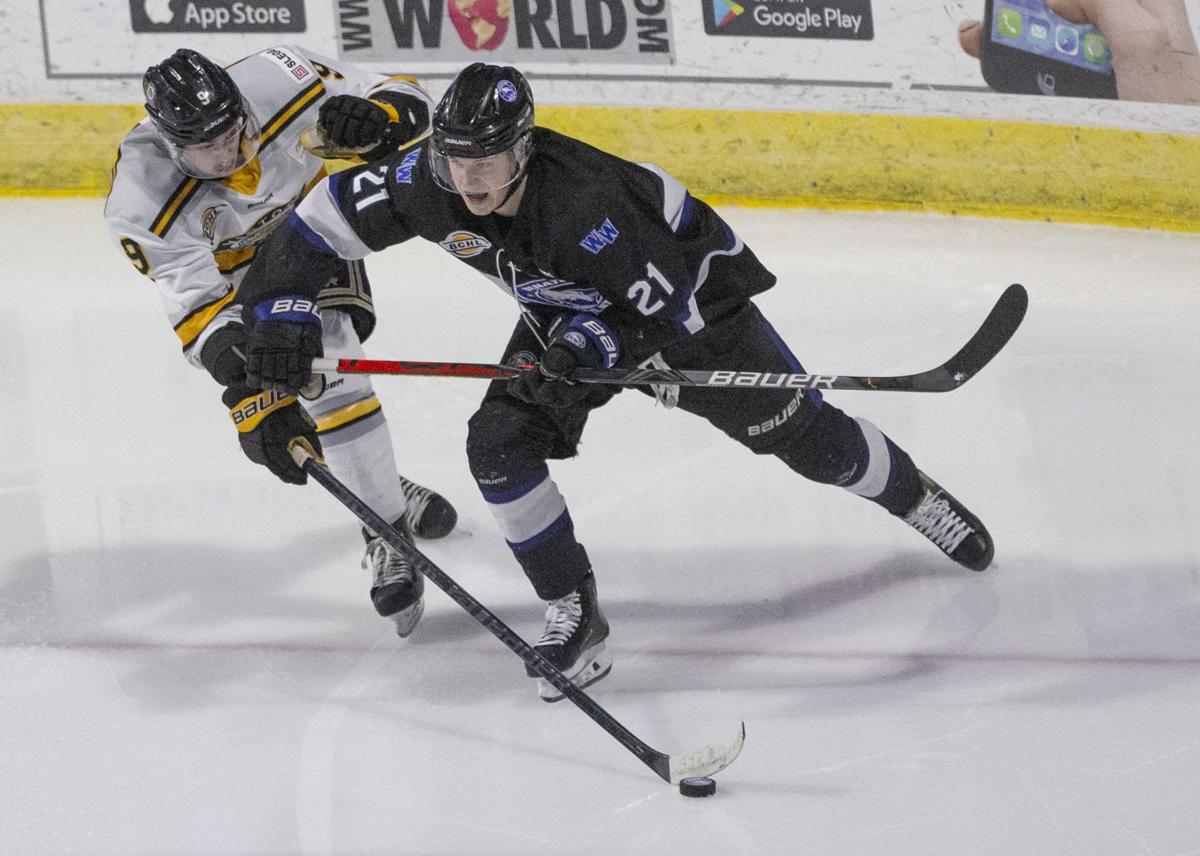 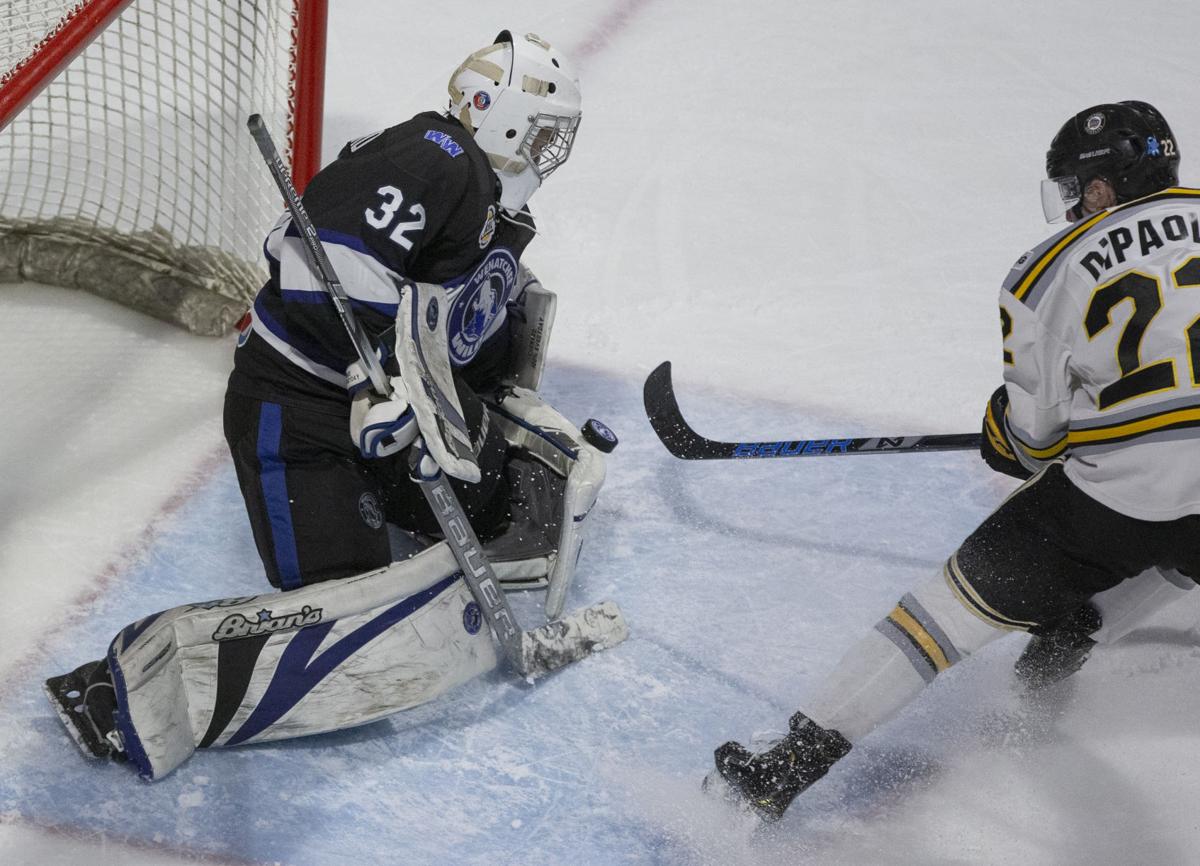 WENATCHEE — Even though Victoria came into the game Friday as the last-place team in the Island Division, Wenatchee Head Coach Chris Clark said they would not be taking them lightly.

Clark was true to his word as the Wild thrashed the Grizzlies convincingly 8-0. It was a nice effort by the team coming off in their 10-day holiday break.

“Anytime you come off a layoff, you don’t know how the guys will be. I thought both ways were sloppy in the first period like expected. Pucks were bouncing around. Give the guys credit. They stuck to it in the second,” Clark said. “We did a great job of getting pucks to the net with traffic like we talked about before the game. They were rewarded.”

Wenatchee opened the scoring in the first period at 13:09 as Luke Ormsby scored off the assist from Sam Morton. The Wild led 1-0 after one period.

The dam really broke open in the second as the Wild erupted for five goals. At 1:37, Tyler Young laid out a perfect pass to the oncoming Nick Cafarelli, who buried to shot to put the Wild up 2-0. It was the 15th goal this season for Cafarelli.

A little over a minute later, at 2:53, Drew Bavaro hit a slap from the right side 20 feet out. The puck was fumbled by the goalie and went in to put Wenatchee up 3-0. Cafarelli and Young picked the assists.

The Wild led 6-0 after two periods.

“They have two very good goalies. We talked about taking the eyes away and making them fight through traffic to find pucks. I thought we did a great job of getting to the net. When we had the puck in scoring areas, we had a shoot-first mentality and we scored,” Clark said of the second period.

The Wild were not through scoring, however. In the third period, during some 4-on-4 action, Ethan Wolthers scored on the breakaway at 10:46, which put the Wild up 7-0. At 16:01, Brett Chorske scored his 11th goal to cap the scoring. The Wild won 8-0.

“The nice thing about a game like that is you can roll all four lines. The guy that is not going to get enough credit tonight was Nardo (Goalie Daniel Chenard). I thought he was unbelievable in net for us. A lot of time in an 8-0 game, you don’t think much about the goalie. He was phenomenal and made some big save, even late in the game,” Clark said. “We should feel good. All 18-19 guys contributed tonight.”

Chenard saved 23 shots on the night and kept his clean sheet.

“All kids want to be successful, whether it is 1-0 or 2-0 or whatever. Goalies take a lot of pride in keeping pucks out of the net. Save percentage is big for them. I was proud of him. He battled hard,” he said.

Victoria outshot Wenatchee 7-6 in the first period, but the Wild outshot the Grizzlies 26-16 in the final two periods. Through two periods, there was only one penalty. In the final period, there were eight penalties, five against Victoria.

The Wild is getting healthier. Clark said they are expecting more players back in the next seven to 10 days. Luke Ormsby and Drake Usher each had a big night after being out for an extended period of time.

“You know those veteran guys are invaluable. They both did an excellent job for their first game in a couple of months for both of them. Happy for those guys. Great way to start the second half,” Clark said of Ormsby and Usher.

Next up for the Wild, a game at Vernon on Sunday. The Vipers are right behind the Wild in the Interior Division standings with 42 points.

“We’ll enjoy this one tonight and get on the bus tomorrow and head up to Vernon. They are a divisional opponent. We’re all really tight in the standings. Those are big points. If we can go up there and have a good night, that’s two points we can steal on the road. That’s a good thing,” Clark said.