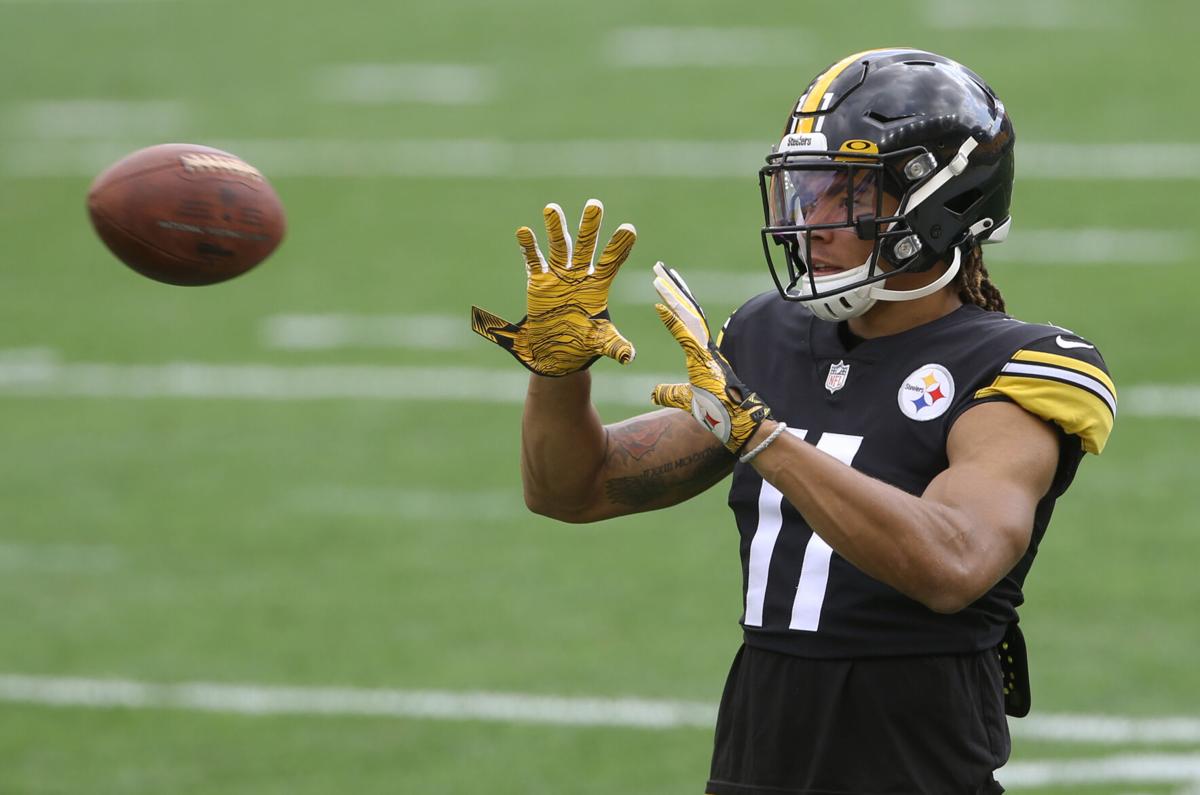 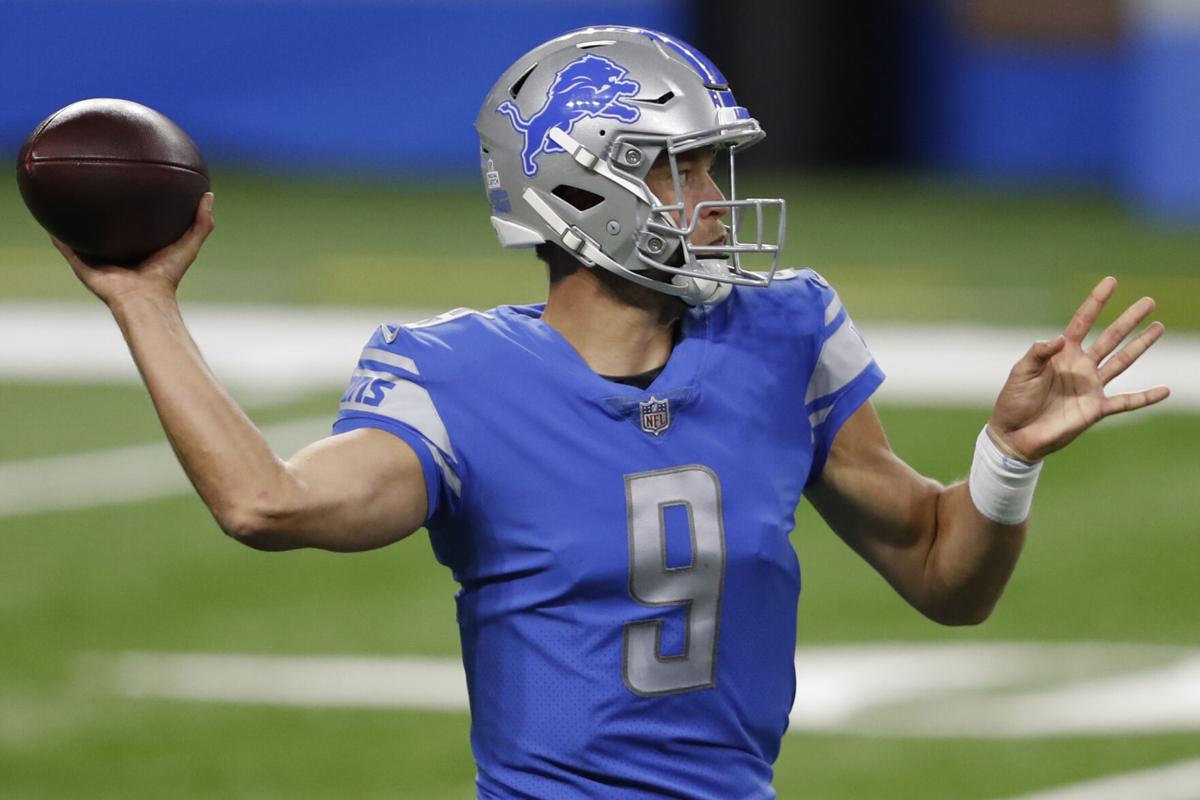 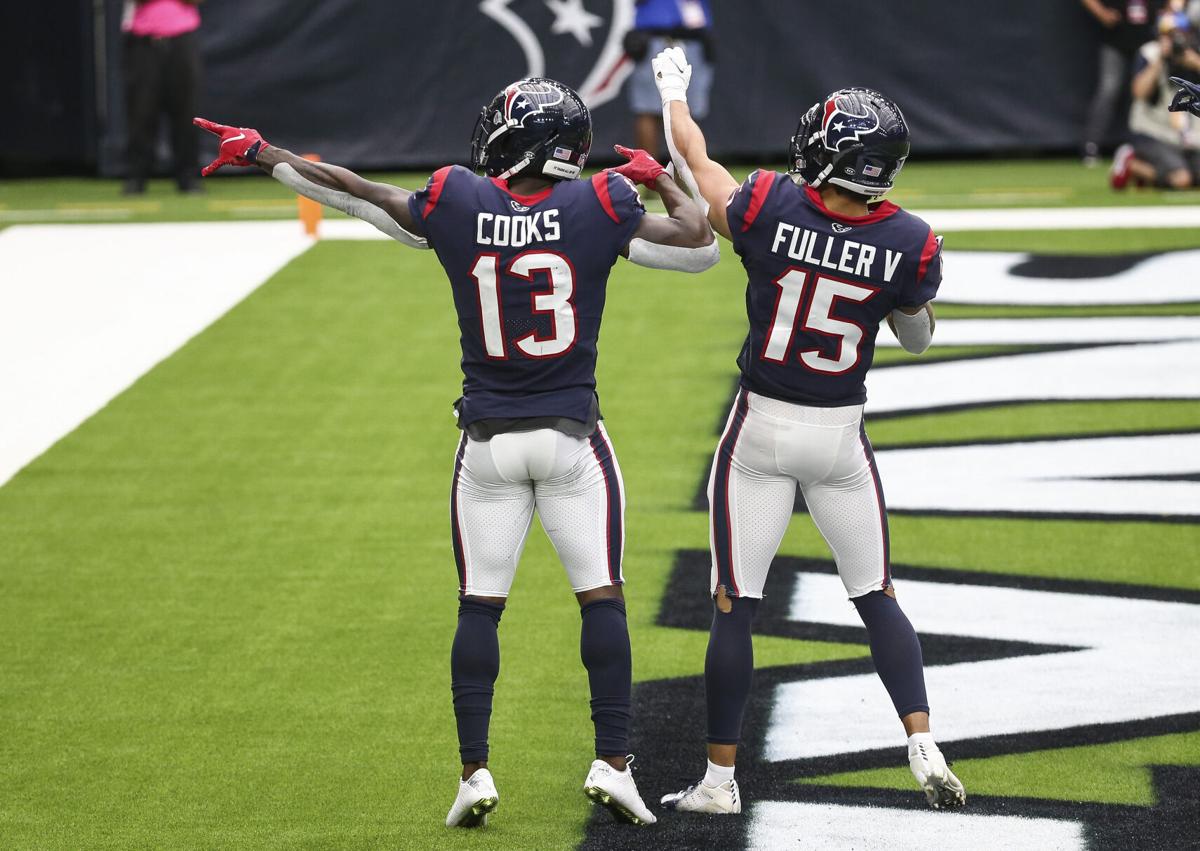 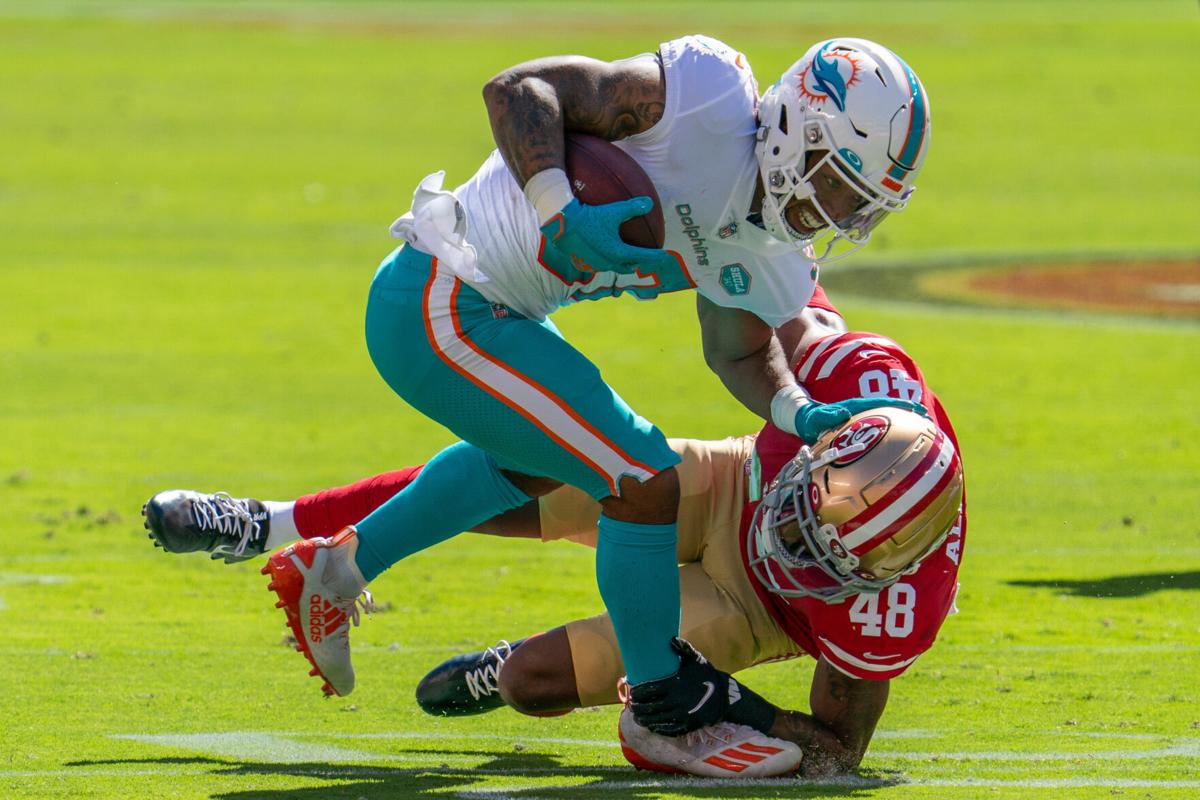 Now isn’t the time to panic or pack it in.

So what if you’re a cellar dweller at 0-5, 1-4 or 2-3; you had a few key injuries, made a regrettable waiver-wire decision or executed an ill-advised trade over the first quarter of the season.

Put all of that behind you.

There are still plenty of undervalued players that could turn around your season. And if you’re currently sitting at (or near) the cellar of your league’s standings, you’re actually in a plum position in terms of free-agent acquisitions since the waiver-wire goes by inverse order of standings.

If a top running back goes down with an injury, you’ll have first dibs on the backup. If some unknown wide receiver breaks out with a huge game over the next few weeks (like Chase Claypool did last Sunday), he’s essentially yours. And if any big-name player gets dropped during a bye week or because of COVID-19, they’ll be easy pickings on Waiver-Wire Wednesdays.

Keep in mind, you’re still in last place. It’s not like one acquisition is going to put you over the top — that takes a string of quality moves — but at the same time no one is expecting you to care at this point.

This is when you outsmart and outmaneuver the rest of the league.

Matthew Stafford, Lions: When Stafford has Kenny Golladay available he’s averaged more than 18 fantasy points per game over the past two seasons. Golladay, now a month removed from the hamstring issue that kept him sidelined for the first two weeks, has looked good in his return. And coming off a bye, the Lions offense should be licking their chops this week against the Jaguars and their 26th ranked defense. I think Stafford is in for a huge Sunday.

Cam Newton, Patriots: Back from the COVID-19 reserve list, Newton will look to get the Patriots back on track this weekend against the Broncos (assuming the game is still played). Prior to testing positive, Newton was the No. 5-ranked quarterback in fantasy football, primarily because of his running ability. And the Patriots will want to get that train rolling again this week against the hapless Broncos. Outside of their game against the Jets, the Broncos, as much as it hurts to admit it, have been awful defensively, and historically they play lousy in Foxborough. Get Cam in your lineup.

Jared Goff, Rams: It seems like Goff is on my hate-list almost every week. There’s a reason for that. The guy is mediocre. He’s a bum. He throws flailing ducks instead of a tight spiral. OK, maybe he’s not THAT bad, but he’s not drawing a ton of excitement either. Goff might be the No. 9-ranked QB in fantasy, but look at the teams he’s played well against (Buffalo, Washington, Philadelphia), all of whom are bottom five against the pass. This week he gets the 49ers, who just got lit up by Ryan Fitzpatrick and the Dolphins. I think this is a bounce-back game for San Francisco and a stinker for Goff and the Rams.

Matt Ryan, Falcons: It might look tempting to throw Matt Ryan into your starting lineup this week given that he’s going up against a Vikings secondary that has been picked apart so far this season. But Matt Ryan has looked abysmal the past two weeks. He hasn’t thrown for 300 yards since Week 1 against the Seahawks and he’s tossed just one touchdown the past three weeks. Atlanta isn’t going to give up on their former MVP, but for fantasy owners it’s time to relegate him to the waiver wire. Ryan doesn’t deserve to be on any fantasy roster at this point.

Myles Gaskin, Dolphins: For all those UW fans, this is a welcome sight. Gaskin has played pretty well so far in his second season and he’s out-touched both Matt Breida and Jordan Howard in each of the past four games. If you were able to grab up Gaskin a few weeks ago (as I recommended), pat yourself on the back and get this man into your starting lineup. His yards per carry (3.9) might not be that exciting, but averaging 21 touches over the past three weeks in a three-back system is. He received all of the goal-to-go handoffs last week and reached paydirt for the first time. I think he’ll add another this week against the (0-5) Jets.

Ronald Jones II, Buccaneers: When Tampa Bay scooped up Leonard Fournette at the beginning of the season, everyone thought Jones’ time as the No. 1 option was limited. But Fournette has been unable to stay on the field because of injury, and Jones has taken advantage, averaging over five yards per carry and eclipsing 100 rushing yards in each of the past two weeks. If Tampa Bay is going to win against the Packers on Sunday, they are going to need a big game out of Jones to keep Aaron Rodgers off the field. Jones could be in for a busy day at the office against the 32nd-ranked rushing defense.

Damien Harris, Patriots: Harris has earned himself more touches after rushing for 100 yards on 17 carries against the Chiefs two weeks ago. But you never know who is going to get the bulk of the work in a Bill Belichick-led offense. It’s a toss-up between Sony Michel, James White, Rex Burkhead or Harris. And then you have to worry about Cam Newton poaching a handful of rushing attempts as well. You can never rely on a Patriots running back with their muddled backfield. It’s just too risky. So keep Harris on the bench and hope he outplays every other back. That’ll start to build some trust.

Darrell Henderson Jr, Rams: It’s almost the same story for the Rams running backs as well. They share the ball too much and even without Nick Bosa or Solomon Thomas, the 49ers boast the league’s second-best rush defense. San Francisco hasn’t given up 100 yards on the ground all season and has relinquished just two rushing touchdowns. Los Angeles will struggle to move the ball on the ground and the 49ers will force Jared Goff to beat them through the air. I think Henderson is the better of the three backs but I would look elsewhere this week if you have other options.

Chase Claypool, Steelers: This might seem like an obvious pick after Claypool exploded for seven catches, 110 yards and four touchdowns last week. He was picked up by teams in roughly 70% of ESPN leagues on Wednesday but he’s starting in just 37% of them. With Diontae Johnson already ruled out and Juju Smith-Schuster likely drawing Cleveland's best cornerback, Claypool could be in line for double-digit targets. If you grabbed him off the waiver wire, don’t be shy about throwing him into your starting lineup. I believe Claypool has a chance to be the Steelers' best fantasy receiver for the rest of the season. And it starts this weekend.

Brandin Cooks, Texans: One week after recording no receptions on three targets, Cooks proved to Texans fans last week why they traded for him. Cooks shredded the Jaguars defense for 161 yards and one touchdown and was Deshaun Watson’s favorite target. I don’t think that’s an aberration with Cooks logging five catches over 20 yards. The Texans should be looking to throw the ball all day against the Titans, who can be susceptible to the deep ball, and Cooks should continue to build momentum. It’s a little risky given how inconsistent Cooks has been so far this season, but that’s what this column is about. You've got to risk it to get the biscuit.

DJ Moore, Panthers: Moore was one of the highest targeted receivers through the first two weeks, averaging 11 per game. But those numbers have fallen off a cliff since then. Even though he got into the endzone against the Falcons, I don’t like his chances this week against the Bears and their No. 2-ranked secondary. Chicago has been adept at shutting down a team’s primary receiver and they’ve allowed just one touchdown to an opposing wide receiver (Mike Evans) all season. Considering Robby Anderson and Curtis Samuel are starting to get in the mix a little more as well, I would look for another option at wideout.

Amari Cooper, Cowboys: It’s hard to pinpoint exactly what the Cowboys will look like with Andy Dalton under center as opposed to Dak Prescott. I don’t think there will be too much of a dropoff but you never know. Cooper is coming off his worst game of the season, and now he has to line up against one of the best shutdown corners in the league in Patrick Peterson. Couple that with the emergence of CeeDee Lamb and Michael Gallup on the outside, and Cooper is not going to see the same target share he has the first four weeks of the season. I’ve been wrong on Cooper in the past and could be again this week given his talent. I just don’t think he’ll be able to shake loose from Peterson.

Wild will play six scrimmages in Idaho beginning next week

Week 6 Start 'em Sit 'em: Keep plugging away even if you're in last place

Seahawks are defying 2020 predictions and sustaining the unsustainable

With no high school football, a frustrated trainer staged his own game, violating Washington's COVID-19 protocols