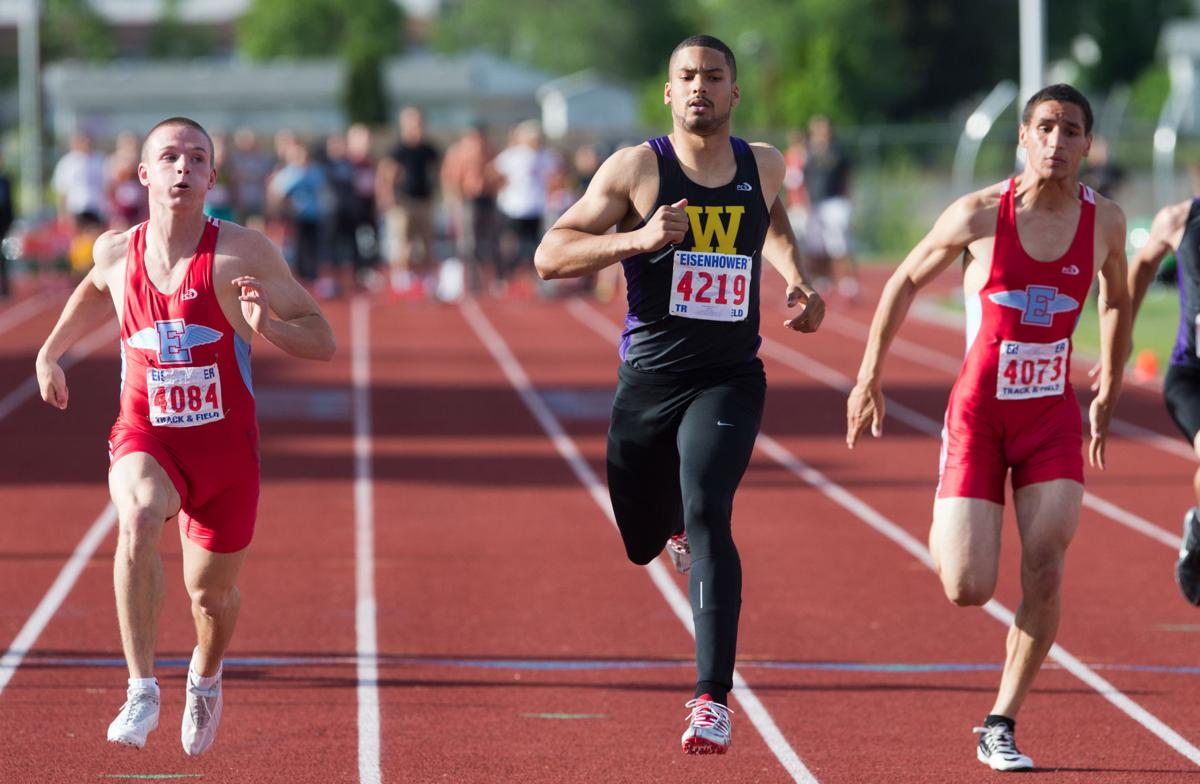 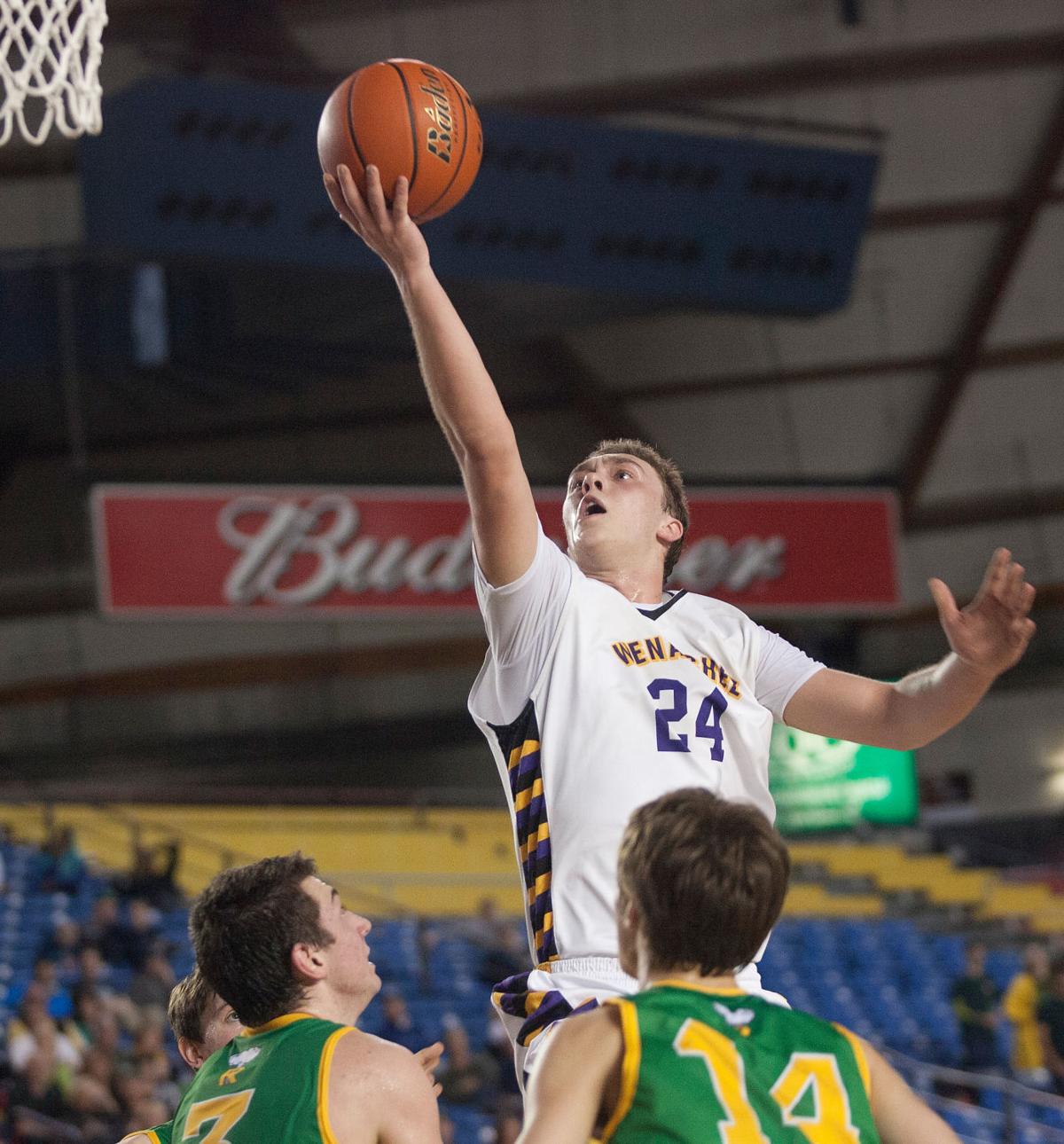 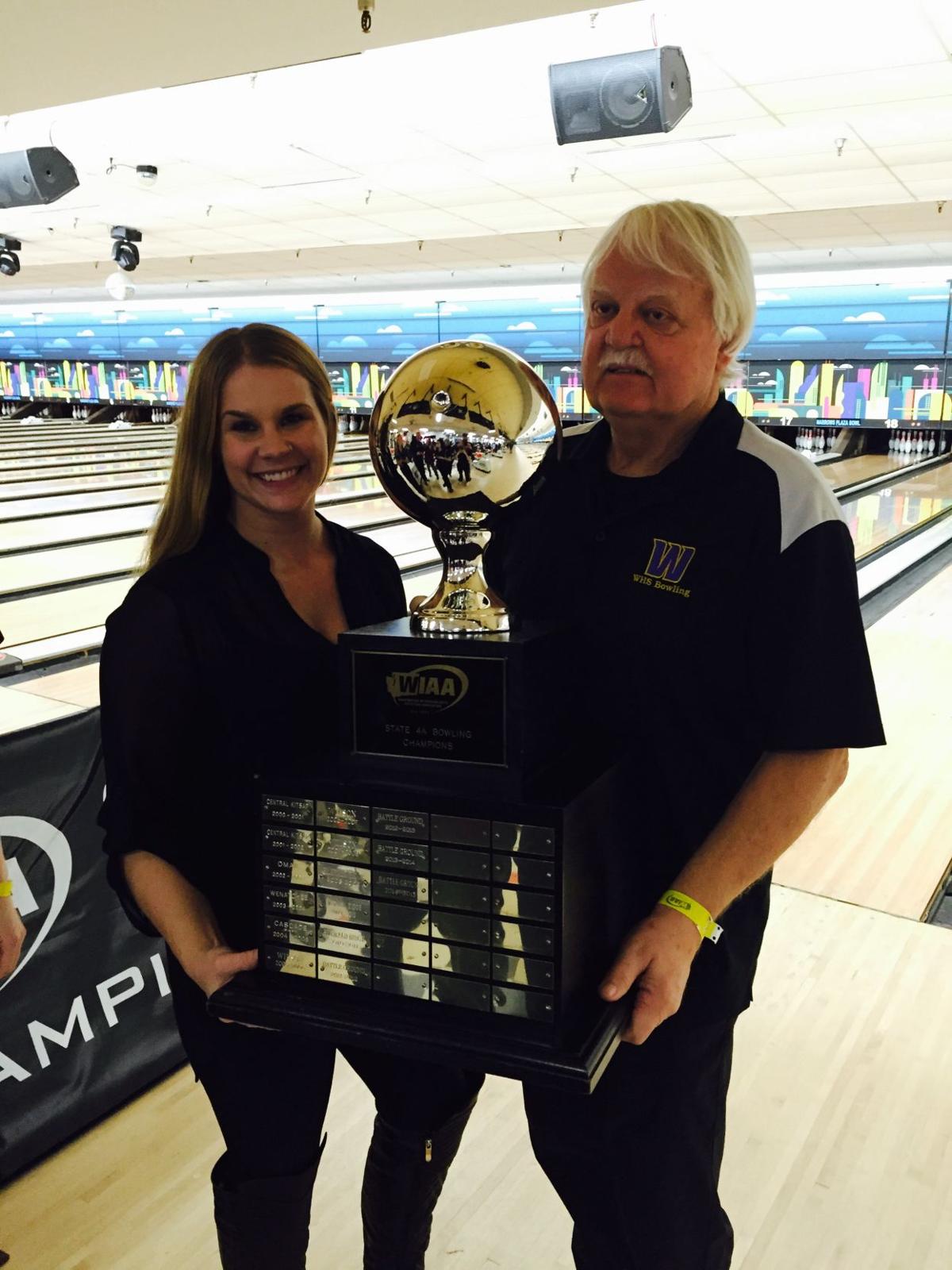 Jaydah Young and Jay Young hold the State Championship Bowling trophy won by the Panthers in 2016. 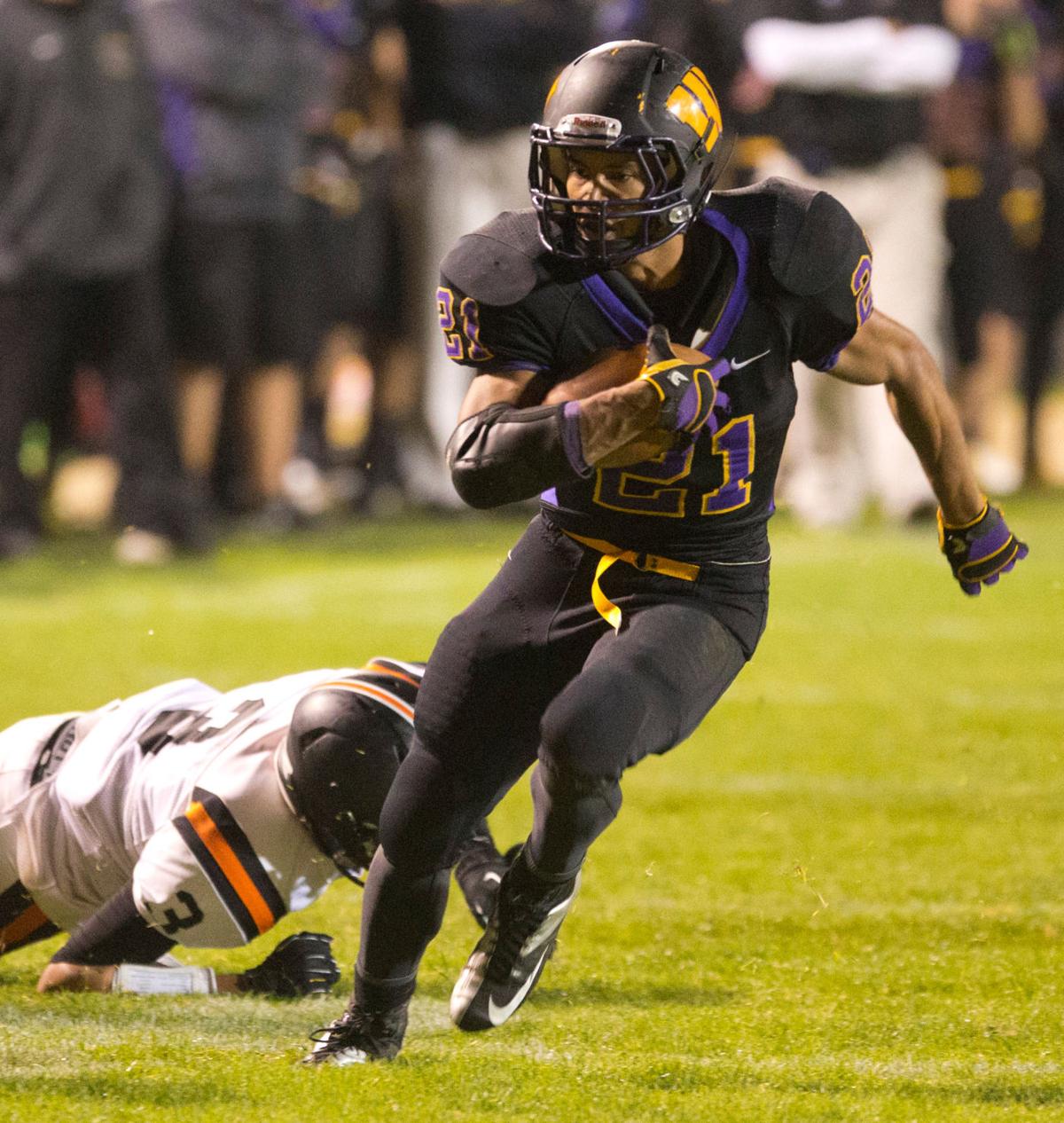 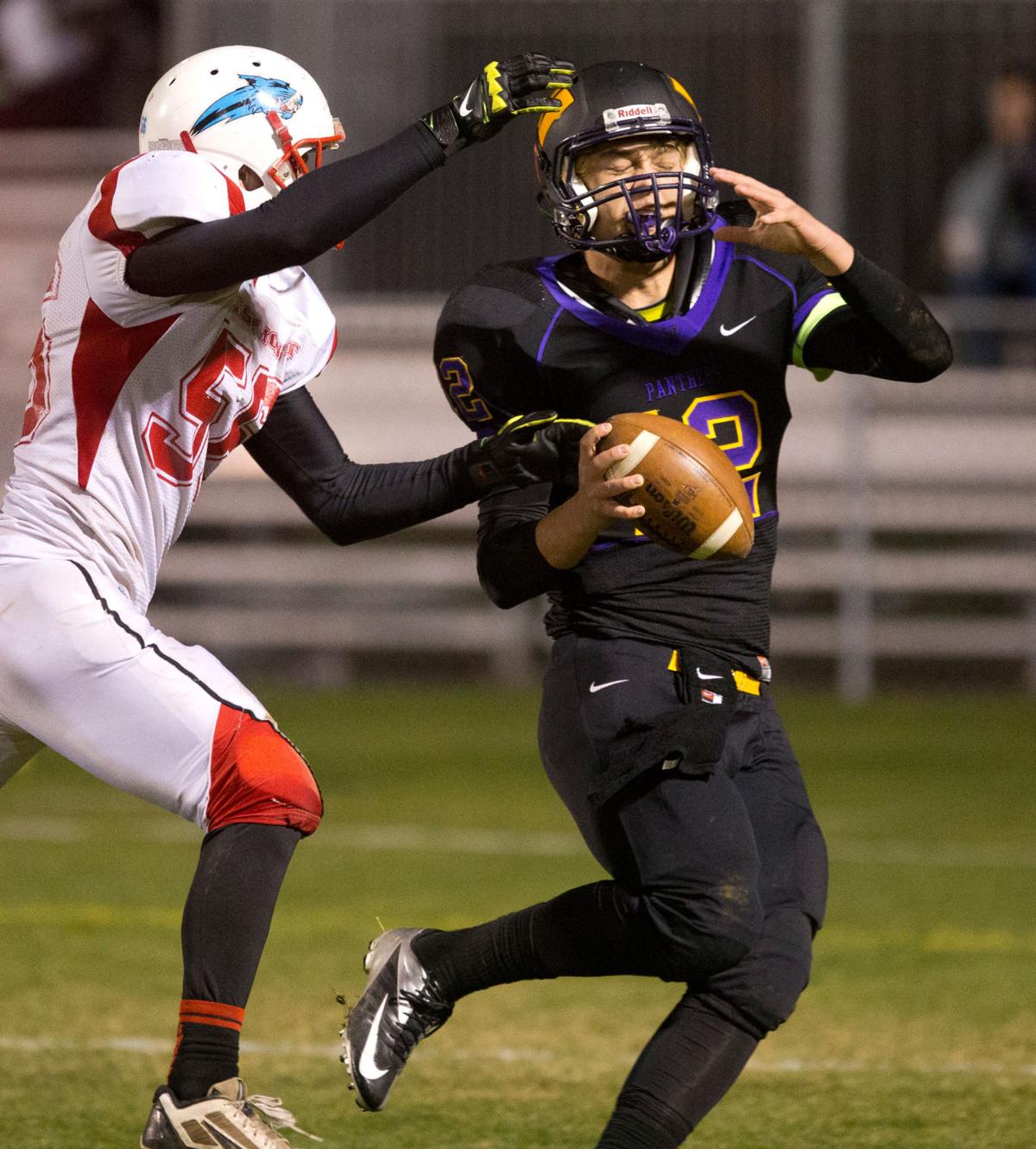 WENATCHEE — Three new members have been added to the Wenatchee High School Athletic Hall of Fame. Two come from the WHS 2014 class, Isaiah Brandt Sims and Dillon Suggs while the third member is a longtime coach, Jay Young.

There is a 12-member committee made up a booster club members, staff members, and community members who meet in September to review the nominations.

“This year, we had five or six new nominees, so they join a list of people that have not been elected in the past. There’s probably a list of 25-30 people that we go through,” Wenatchee High School Athletic Director Jim Beeson. “Then we make up an initial ballot and come up with a final ballot. Then throw it on the final ballot at the end.”

Leading off the new members is one of the most decorated athletes of all time, Isaiah Brandt Sims, who earned eight varsity letters, one basketball, three in football and four in track.

“If there was ever a no brainer, he would be it,” Beeson said of Brandt Sims.

Dillon Sugg earned 11 varsity letters in high school, two in baseball, two in track, three in football and four in basketball. In football, he was first-team All-Conference and Team Captain in 2013, setting numerous Panther career and season passing records.

“Dillon was a phenomenal athlete. He went to Central on a football scholarship,” Beeson said. “He only lettered two years, due to injury. He has more health problems than his mom would care to have from playing football.”

Jay Young was a teacher at WHS for 47 years. He coached for 18 years, mostly with bowling where he was an assistant for four years and head coach for eight years.

“If you look at his bowling record during the time he was head bowling coach, it’s pretty phenomenal,” Beeson said of Young. “His knowledge is unbelievable. He was a great bowler and had a great ability to teach the kids, even ones that have never bowled.”

Beeson said Young guided one girl who had never bowled as a freshman to Big 9 Bowler of Year as a senior.

“Jay is just a great guy. He travels around a lot now, but when he’s home, he volunteers at the senior center. If I need something, all I have to do is call,” Beeson said.

There are three categories for the Hall of Fame, current athlete, coach, and vintage, for anyone who has graduated in the past 50 years. Brandt Sims and Sugg are in the current athlete category while Young is in the coach category. No one was selected this year from the vintage category.

The Hall of Fame induction ceremony is planned at WHS on Saturday, Feb. 1 between the boys and girls varsity basketball games versus Eastmont.