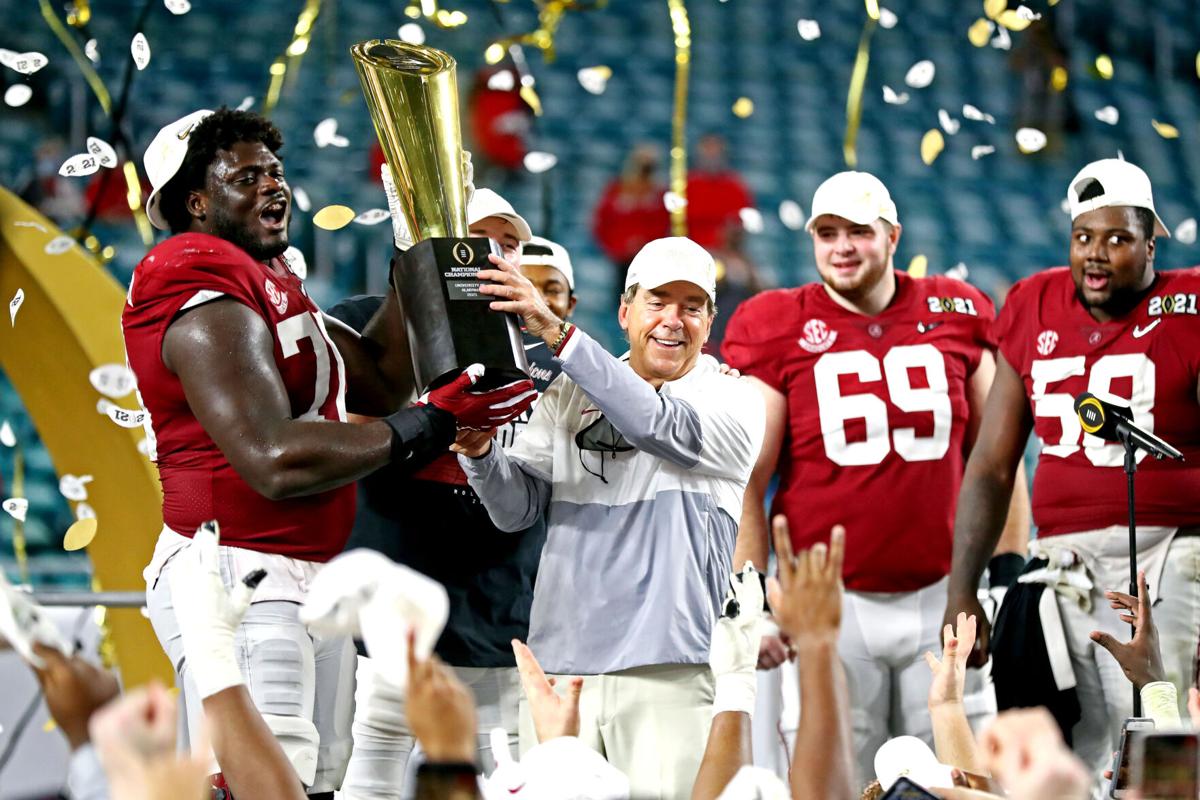 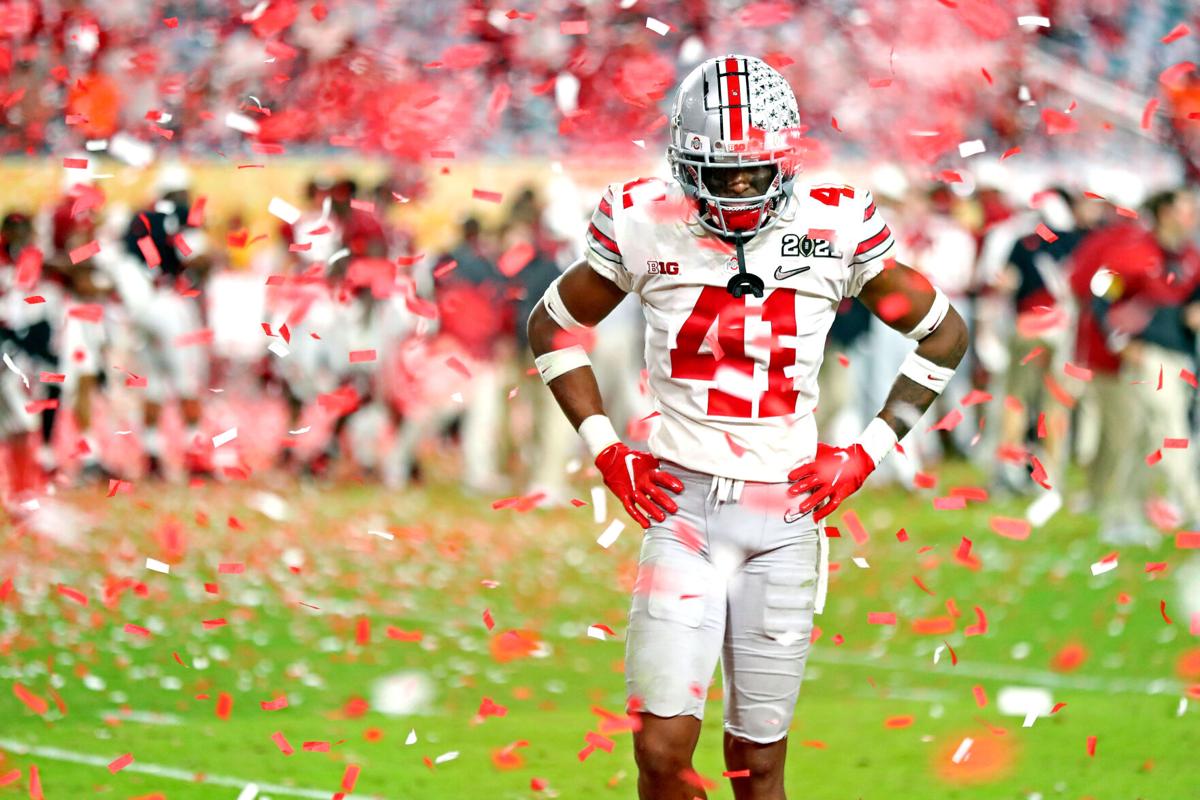 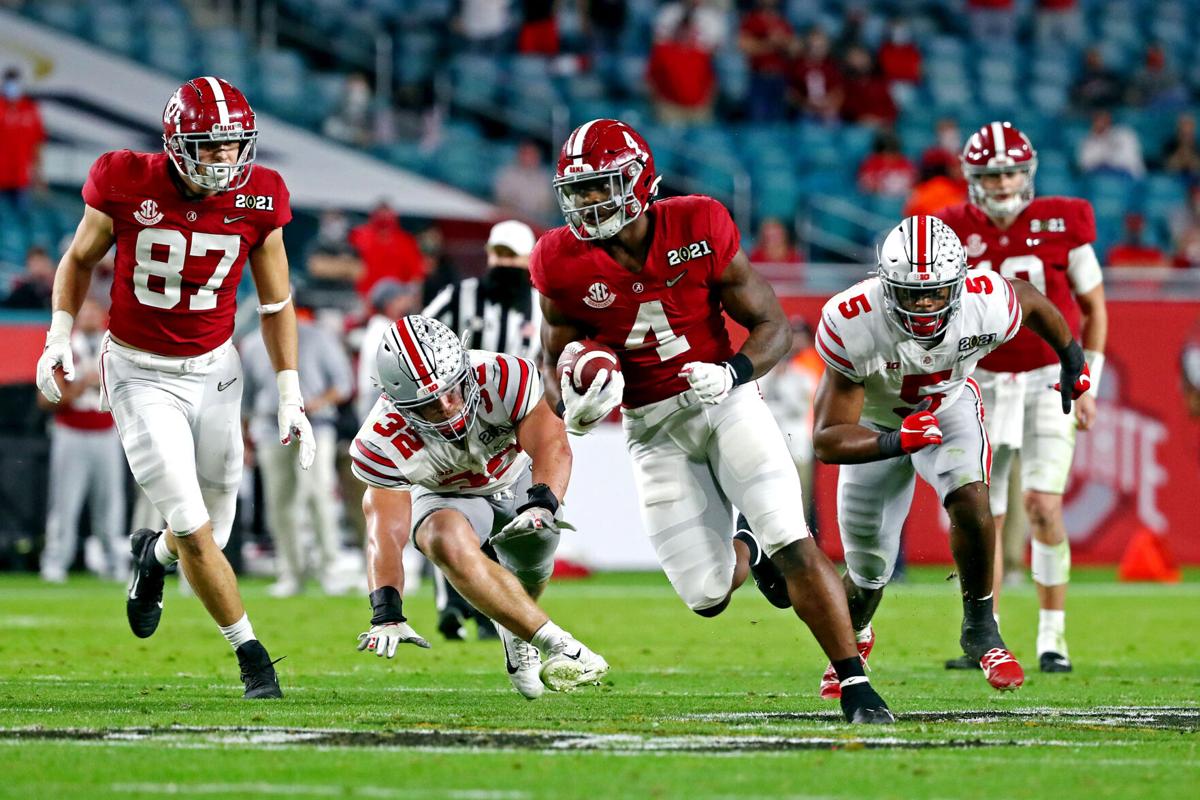 Nick Saban surpassed legendary Alabama coach Paul "Bear" Bryant for the most NCAA football titles in the modern era with his seventh on Monday, but the current Crimson Tide coach wanted to talk about the players, not himself, after his latest crowning achievement.

No. 1 Alabama earned a dominating 52-24 win over No. 3 Ohio State in the College Football Playoff national championship game at Miami Gardens, Fla.

"I'm just happy that we won tonight and I really haven't thought about (passing Bryant) because you're always looking forward, and I just love this team so much and what they've been able to do," said Saban, who has won six titles at Alabama since 2009 after he guided LSU to the 2003 championship. "I can't even put it into words."

"Last year they said the dynasty was over," said Alabama's DeVonta Smith, the Heisman Trophy winner. "We don't stop. We just keep renewing."

The senior wide receiver made 12 receptions for 215 yards and three touchdowns in a record-setting first half. Smith left the game during the first possession of the third quarter due to a hand injury without adding to his first-half stats, but it didn't deter the Crimson Tide (13-0).

"I don't know if I've seen anyone better than that," Ohio State coach Ryan Day said of Smith. "He created separation and plays stronger than he looks. He's the Heisman Trophy winner and he deserves it."

Alabama scored on five of its first six possessions and amassed 389 total yards in the first half against the undermanned Buckeyes (7-1), building a 35-17 halftime lead. The Crimson Tide wound up with a 621-341 edge in total yards.

Smith's reception total was a single-game record for a Bowl Championship Series or CFP national title game, dating back to 1998, and his yardage total ranked second in those contests. He was chosen the game's Offensive Most Valuable Player despite barely seeing the field in the second half.

Jones' passing-yardage total was a record for a CFP championship game, dating back to 2015.

Ohio State quarterback Justin Fields, who was the focus of attention leading into the game after sustaining a rib-area injury in the Buckeyes' semifinal win over Clemson, connected on 17-of-33 passes for 194 yards. He threw one touchdown pass, to Garrett Wilson.

Fields had little to say regarding whether the injury affected him: "I was able to be out there."

Master Teague III, playing for the injured Trey Sermon, had two rushing TDs for Ohio State in the first half. The score was 14-14 before Harris had a 26-yard TD reception to put Alabama on top with nine minutes left in the second quarter. After the Buckeyes pulled within 21-17, Smith had TD catches of 5 and 42 yards, his second and third scores of the half.

"We needed to play our best game tonight against Alabama and we didn't," Day said.

The Buckeyes had 13 players unavailable, including three starters: defensive tackle Tommy Togiai, defensive end Tyreke Smith and kicker Blake Haubeil. The school did give reasons for their absences, although the team has been hit hard by COVID-19 issues.