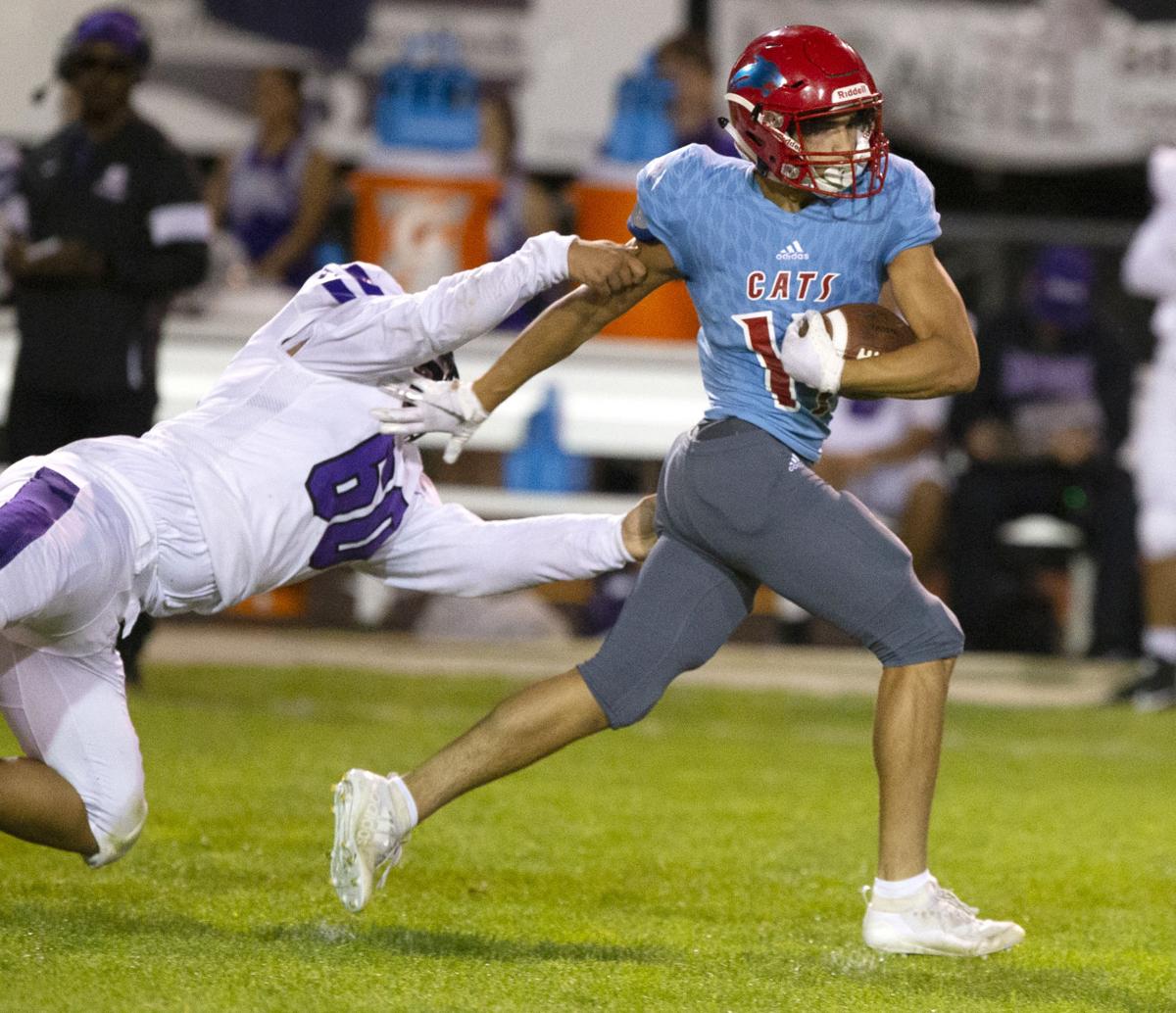 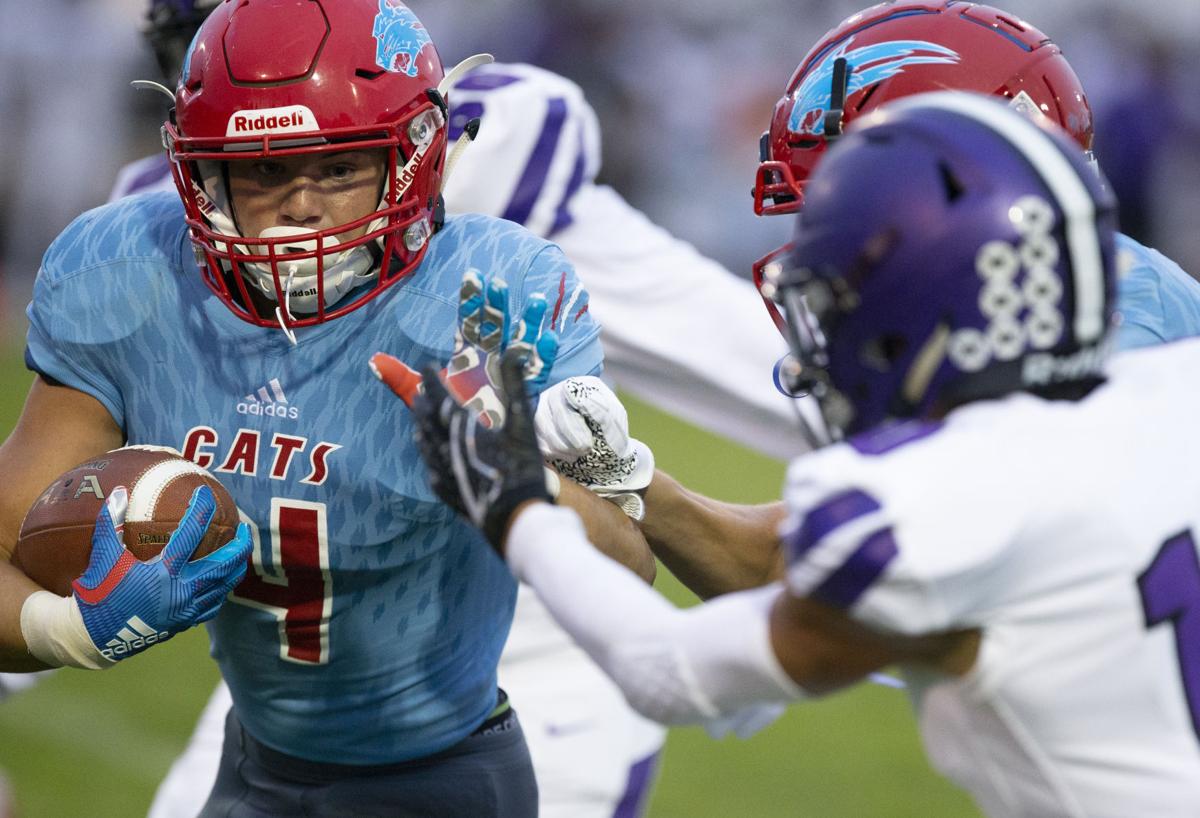 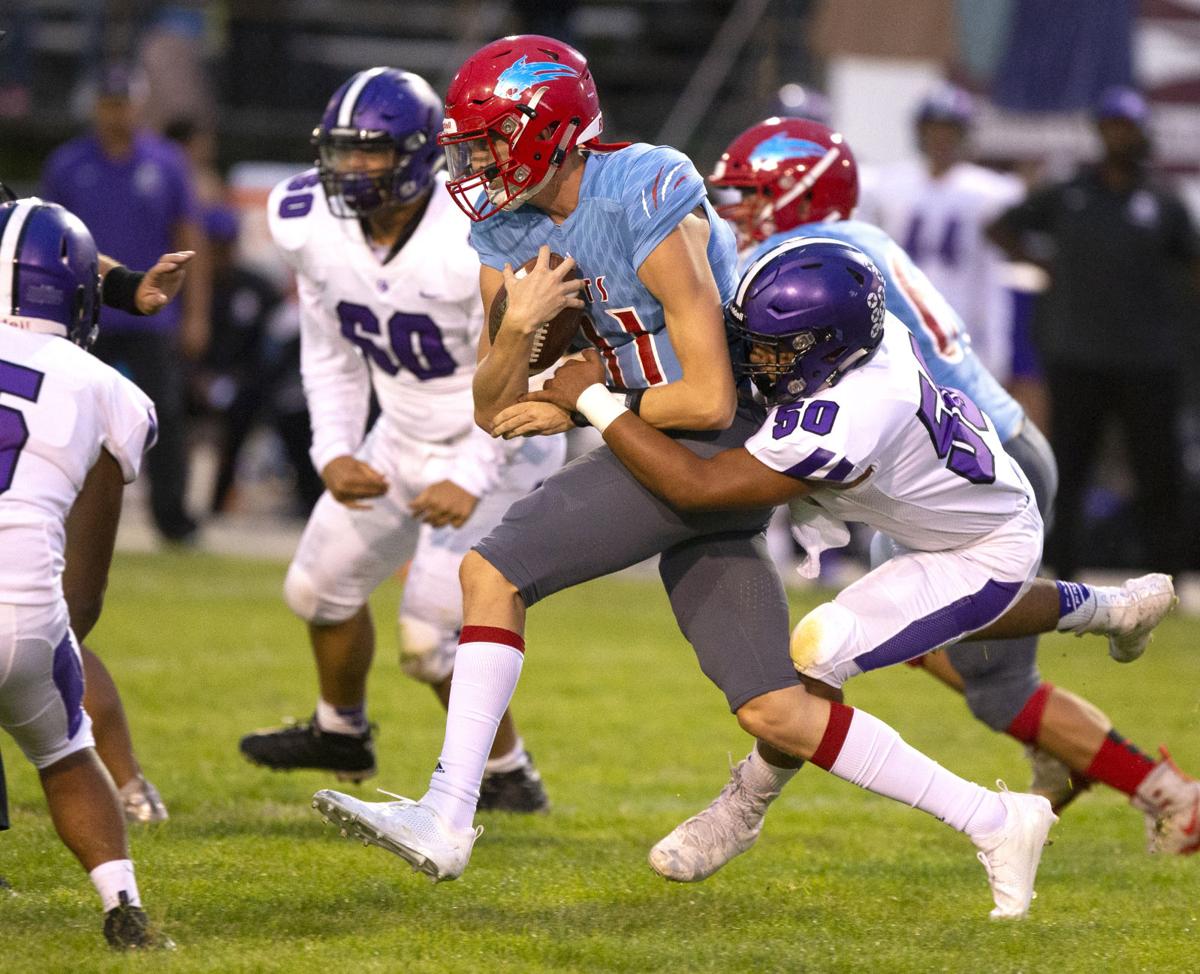 EAST WENATCHEE — The Wildcats put on a display in their home-opener Friday night against Pasco, beginning with their entrance into the stadium.

The Eastmont cheerleaders and band marched the caravan of Wildcats all the way from the locker room, down 3rd street and into the stadium. It was essentially over from there as Eastmont dominated all three phases and smashed Pasco 50-26.

And the game wasn’t as close as the final tally dictates. It was 50-14 heading into the fourth quarter, the Bulldogs just added two scores in garbage time.

“It was a good game, the kids played really well and did a lot of good things, I (just) wish we could finish a little better,” head coach Mike Don said after the win. “I didn’t think we played our cleanest game, there were a little too many penalties and mistakes, but we’re continuing to get better and we’re showing all the potential we have right now.”

The Wildcats converted a field goal on their opening drive and then following a Pasco three-and-out senior cornerback and return-man, Wesley McIlwaine fielded the Bulldogs’ punt and returned it 50 yards for a touchdown to give Eastmont an early 10-0 lead.

Pasco responded by hitting receiver Alex DeLeon on a deep-ball to pull within three. The Bulldogs had a chance to take a lead at the start of the second quarter and were driving in the red zone when quarterback Armani Reyes threw a backward pass that was scooped up by Eastmont sophomore Nathan Chang and returned 87-yards to the house.

It was a complete momentum killer that just seemed to deplete the Bulldogs’ energy and reinvigorate the Wildcats sideline.

Eastmont tacked on two more touchdowns on a three-yard run from Carson Tally and a 35-yard pass from quarterback Carson Everhart to Logan Easley, which came with just 28 ticks left in the half.

The Bulldogs came out swinging though out of the break and drove down the field before getting in a goal-to-go situation from the three-yard line. But the Wildcats front seven stood tall. Four straight runs up the middle. Four straight stops. Turnover on downs.

Eastmont went three-and-out on the next series, but the message was sent: Pasco wasn’t sniffing the end-zone with a run up the middle.

Pasco got the ball near the goal-line a few minutes later and made a switch in strategy, having the quarterback plunge through the line on a draw, which pulled Pasco within 20.

That was the closest the Bulldogs would get though as McIlwaine hauled in a 73-yard bomb on a go-ball along the boundary to put Eastmont back ahead by 27. Oscar Calvillo then picked off Pasco’s next pass attempt on the ensuing drive — his second interception of the game — before Corbin Keys capped a two-play drive with a 24-yard TD run on a pitch right.

Pasco scored on both of their possessions in the fourth quarter, but the game was already wrapped up by that point.

Overall the Eastmont defense forced three turnovers, made a goal-line stand, and recorded a handful of sacks.

“We have an unbelievable defense right now that flys around and makes plays,” Don said. “And we got some young guys in there with four sophomores starting. It’s been awesome to watch them fly around and make plays.”

“And the offense was looking good. We just have to clean a few things up, but we can score 40 a night doing what we do.”

The best part: there is still room for improvement. Eastmont could be a pretty formidable team once October and November roll around.

“We always teach that potential is a bad word because it stands for what we haven’t become yet,” Son said. “So we have to focus on becoming what we are capable of. If we get better every week, we give ourselves a good opportunity.”

The Wildcats get back on the road next week as they travel to Ellensburg to take on the Bulldogs. Eastmont returns home in two weeks to play West Valley (Spokane) on their Wildcat Hall of Fame Induction night. Kickoff in both games is at 7 p.m.

Kara Melton takes over the reigns on Wenatchee girls swimming

No. 3 is the clear No. 1: Why the MVP award is Russell Wilson's to lose