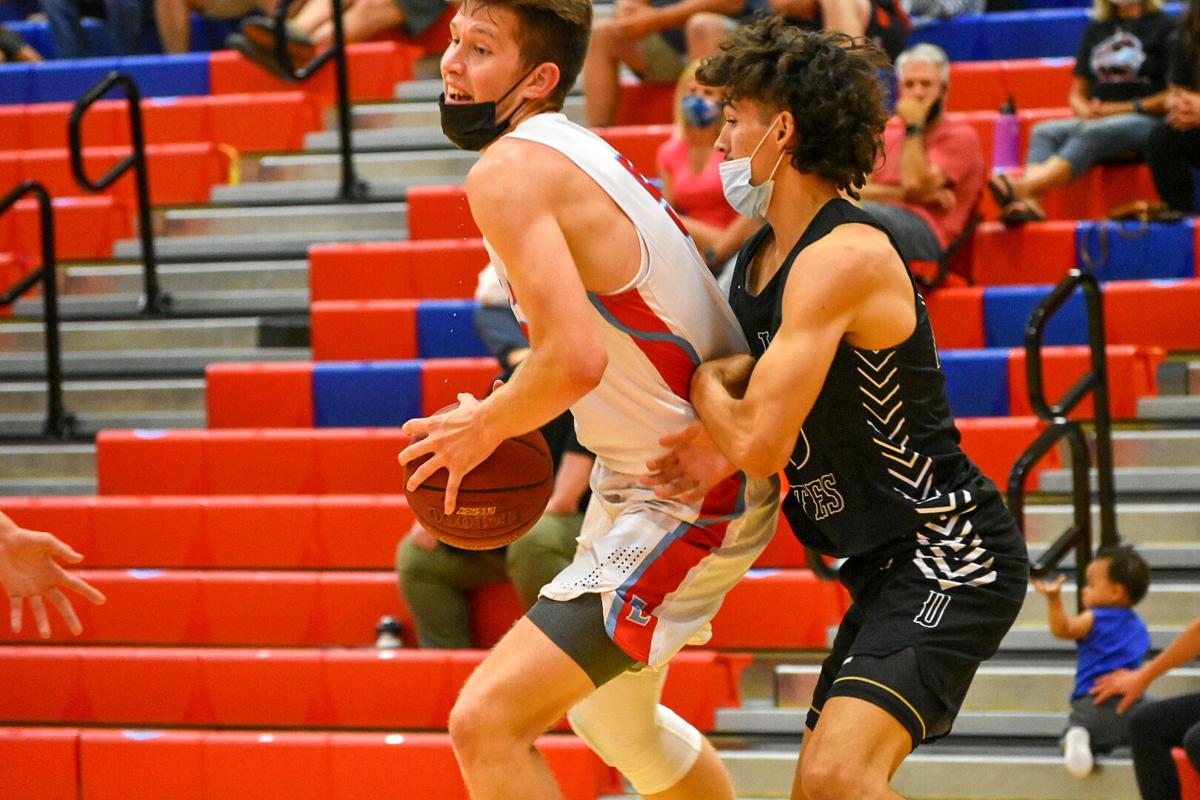 Eastmont senior Cael Flanagan goes up for a shot in the first quarter Tuesday night against Davis. Flanagan finished with 17 points and grabbed 10 rebounds as the Wildcats beat the Pirates 63-57. 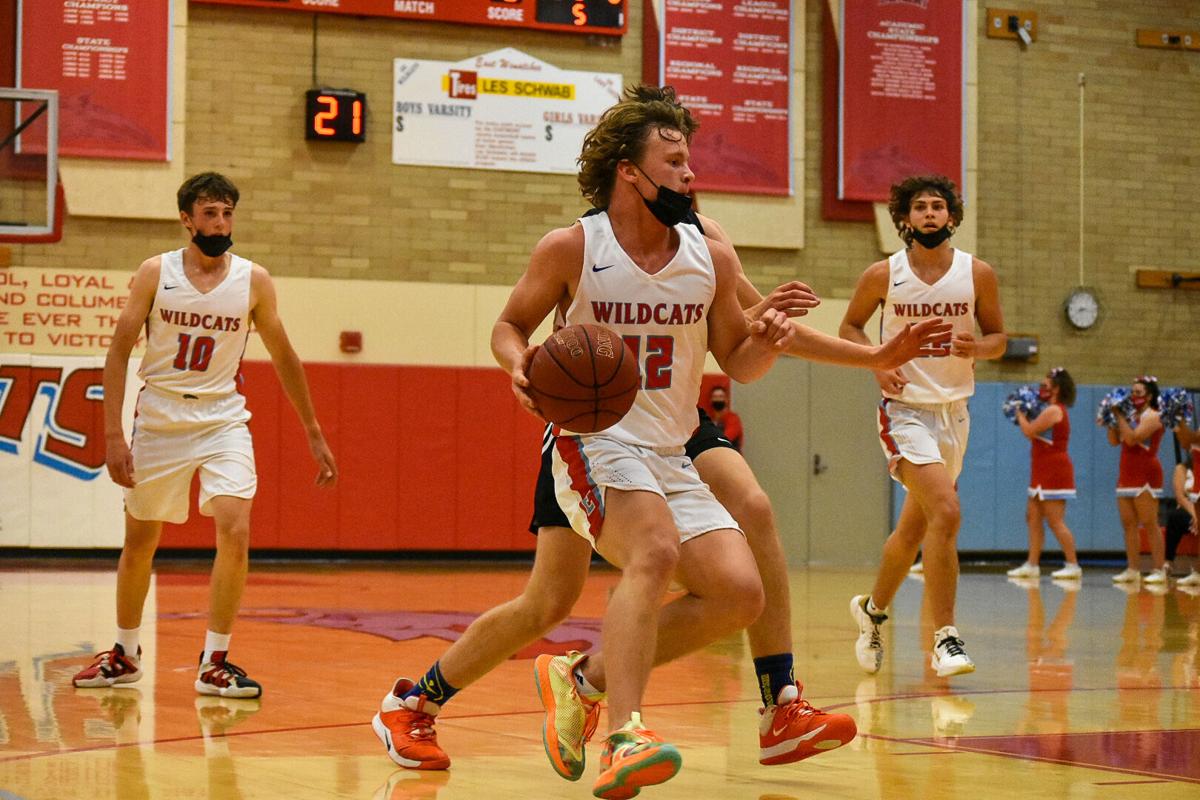 Eastmont senior Cael Flanagan goes up for a shot in the first quarter Tuesday night against Davis. Flanagan finished with 17 points and grabbed 10 rebounds as the Wildcats beat the Pirates 63-57.

If there’s one thing that cannot be questioned about the Eastmont Wildcats, it’s their tenacity and heart.

Eastmont could not buy a basket in the first quarter, clanking nearly every shot they took from inside the paint — layups included. It wasn’t pretty. The Wildcats missed every shot they took over the final four minutes of the quarter as Davis jumped out to a 16-8 lead.

But the Eastmont squad calmed down in the second, ignited its offense and outscored the Pirates 55-41 over the final three quarters to win 63-57 Tuesday night at home on Senior Night.

“I don’t know what to say about that first quarter,” Eastmont head coach George Juarez said after the win. “(We had) turnovers and we were right there. We should have had 16 more points on the scoreboard if we just put the ball in the hoop. I guess that’s why we play the game though.”

Eastmont senior Cael Flanagan, who along with fellow senior Dillon Esparza, was honored before the game, missed every shot he took in the first quarter — many of which coming from right under the hoop.

But Flanagan kept his head up and kept shooting. A minute into the second quarter Esparza found him open on the wing and Flanagan drained a 3-pointer, which was a turning point. It was as if all the tension in the room had evaporated.

The Wildcats settled in and got to work offensively, outscoring the Pirates 23-12 in the quarter to take a three-point lead into the locker room. Flanagan’s 3-pointer sparked the offense, but more importantly, it gave the team confidence. The Wildcats hadn’t seen a shot go through the hoop for nearly four full minutes. But the light switch had been flipped.

“I think (Cael) relaxed a little bit,” Juarez said. “He was telling me to yell at him more. I was just reminding him that he’s a good shooter, he just needed to keep shooting and make it. I was adamant with the guys to shoot with confidence.”

Eastmont took control in the third quarter. Junior guard Spencer Heimbigner controlled the tempo and ran the point effectively, driving to the hoop at will and converting. Heimbigner led the team with 22 points and dished out three assists. Flanagan finished with 16 points and 10 rebounds, and Ethan Easley chipped in five points and 11 rebounds.

The Wildcats bumped the lead to double digits and had a comfortable lead for most of the fourth quarter but the Pirates were able to go on a run late and cut the lead to four with a minute left. Heimbigner hit a few free throws to ice the game.

Defense and tireless effort on the glass were the difference makers for the Wildcats. Eastmont held Davis under 40% from the field and put on a rebounding clinic. The Wildcats nearly doubled up the Pirates on the boards with a 53-27 advantage — many of them coming on the offensive end.

For a while, it seemed like Eastmont was getting two or three offensive rebounds on every trip down the floor.

“They did an excellent job in getting those second and third shot opportunities,” Juarez said. “We just have to make sure we put them in. Cael and Ethan both did a great job inside.”

Eamon Monahan also finished with nine boards, Brooks Trovato grabbed seven, and Logan Schneider pulled down six. All three players combined for just 10 points, but their energy on the glass and defensive end was crucial.

“I felt this game was pivotal for us after losing the last two,” Juarez said. “I didn’t think we played as well as we were capable of and then we start tonight with a pair of turnovers. We even opened the second and third quarter with a turnover. So heading into the fourth, I was telling the guys we had better not start with a turnover, and we didn’t. I was happy with how we played though overall, and I’m looking forward to the next two games.”

The Wildcats finally get some time off after a four-game grind last week and have a week to prepare for Sunnyside. Eastmont has just three games left in the regular season, all of which are on the road — though the Wildcats close the season on June 18 against Wenatchee.

Tipoff in Sunnyside next Tuesday is at 7:30 p.m.

England given reality check by gutsy Scotland in stalemate