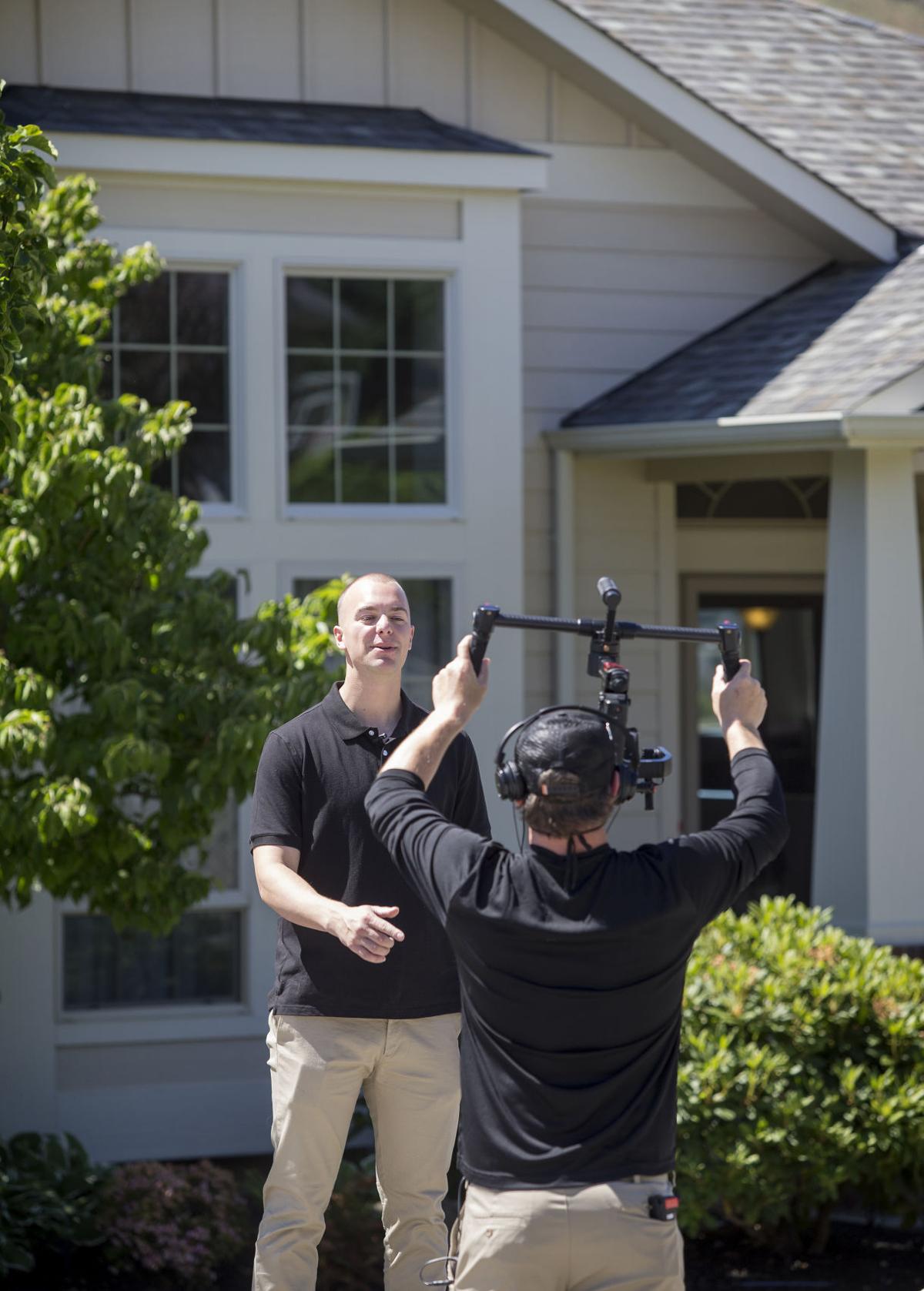 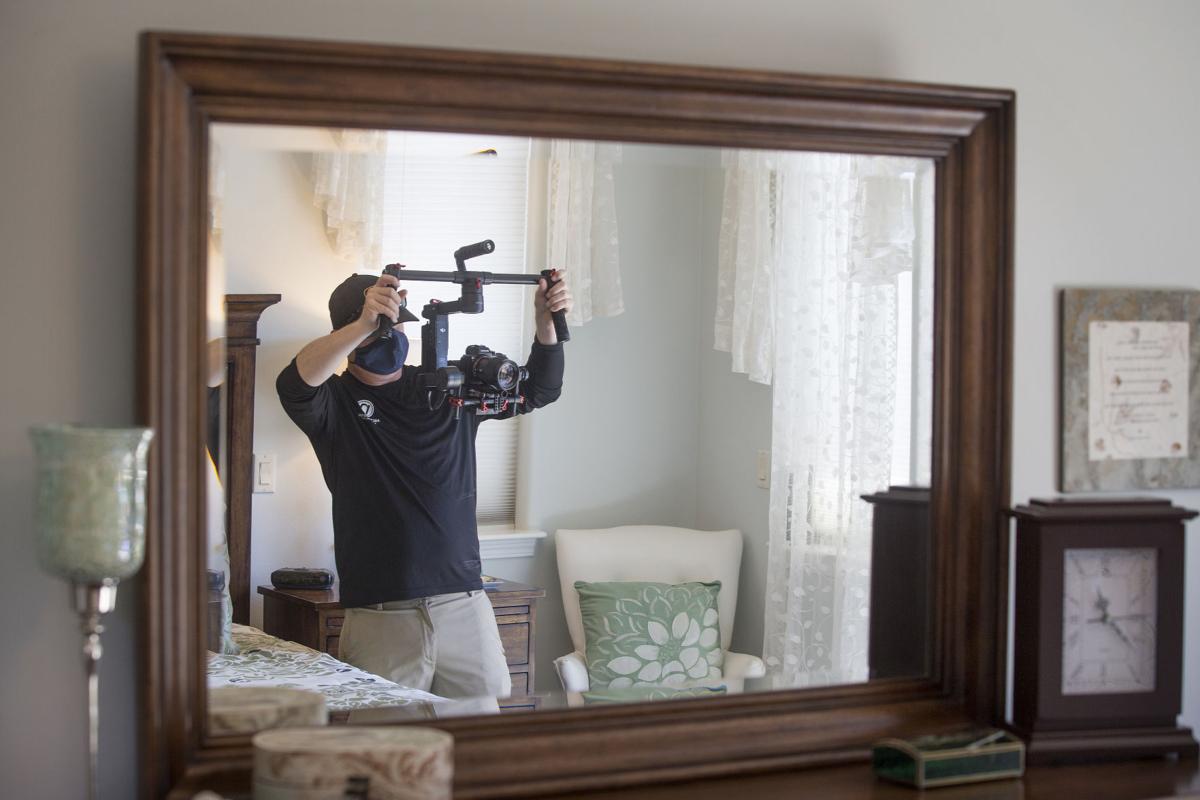 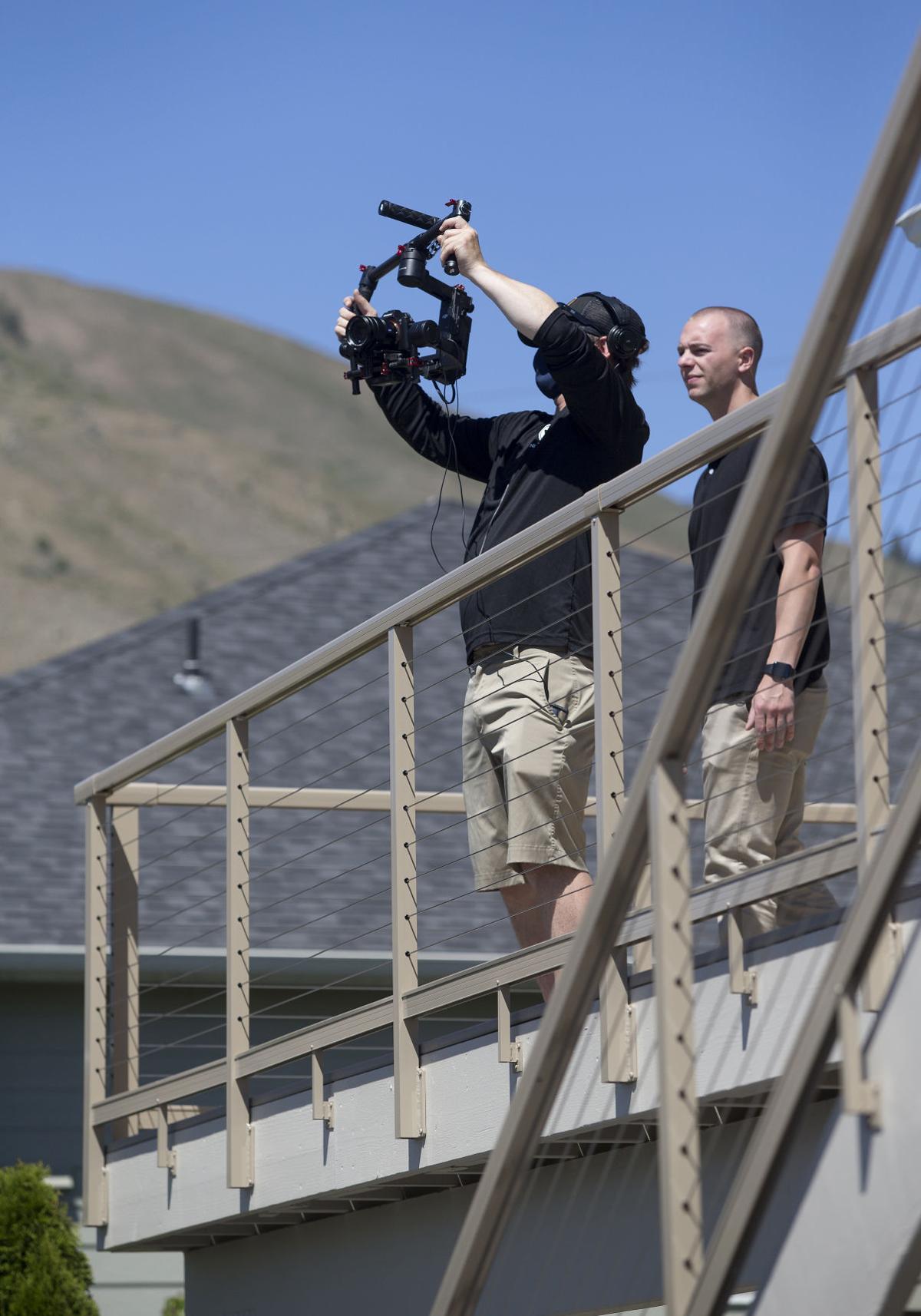 With real estate agent Trevor King of the Nick McLean Real Estate Group watching, photographer Kevin Mahaney on June 17 records the view of the Wenatchee Valley from the balcony of a house for sale. 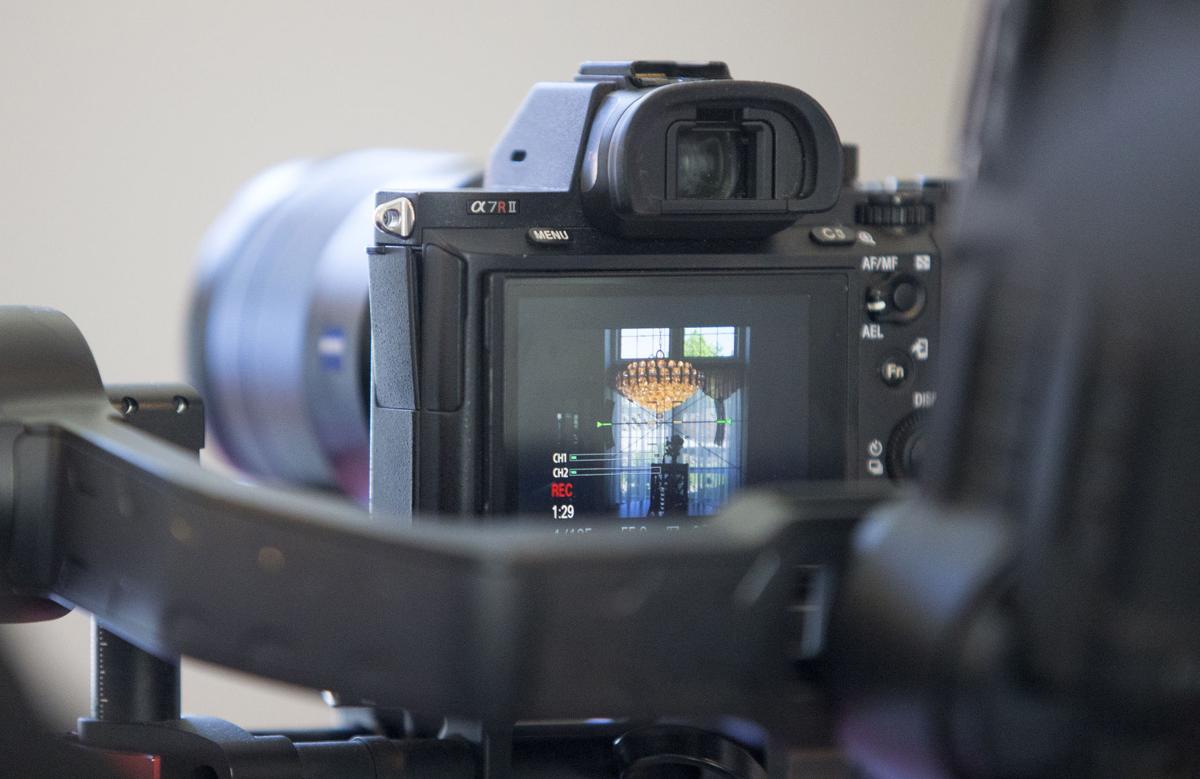 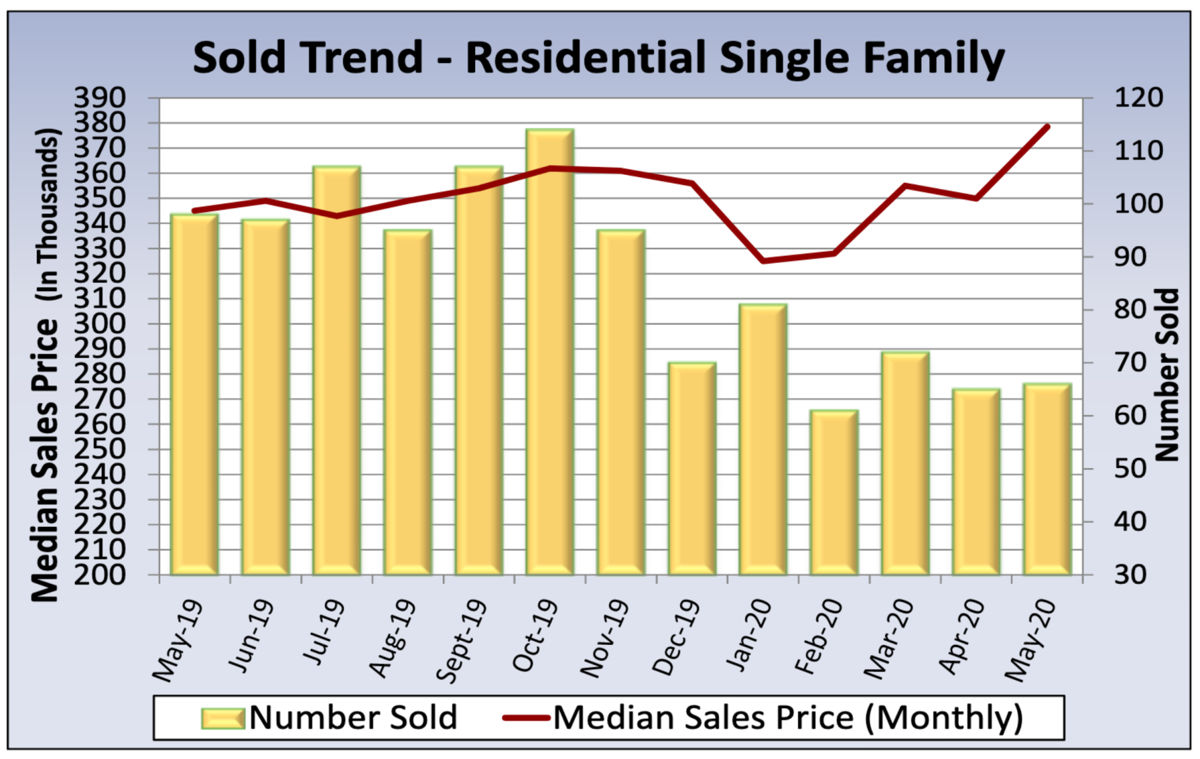 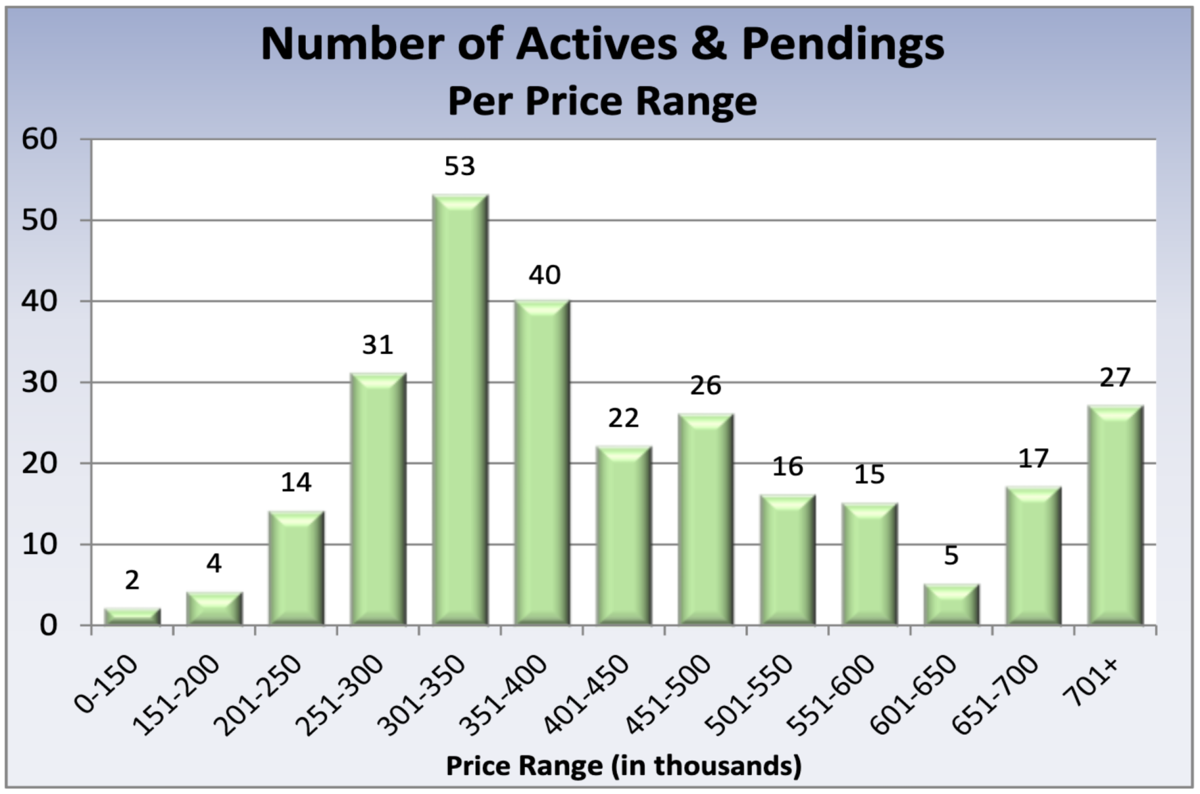 The Wenachee market, which includes Wenatchee, Malaga, East Wenatchee, Orondo and Rock Island, had a total of 272 active residential listings and pendings in May, an increase from April's count of 237. 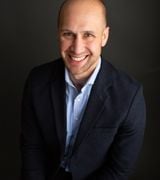 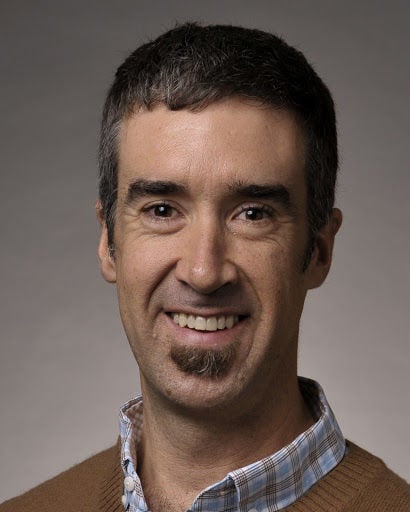 NCW — While Pacific Appraisal Associate's Real Estate Snapshot report — released mid-June — revealed that the number of year-over-year home sales were down 33% across the Wenatchee Valley in May, that wasn’t necessarily representative of every real estate agency in the region.

With a sizable increase in overall web-traffic, Nick McLean of the Nick McLean Real Estate Group said their sales are up 50 percent year-over-year (end of May totals) and they’ve been able to double their clientele — compared to the first two weeks of the COVID-19 pandemic.

Geordie Romer of Icicle Creek Homes and Windermere Real Estate in Leavenworth said they’ve also seen an increase in buyers over the past two months. In fact, year-over-year home sales in Leavenworth, which has its own Snapshot report, released quarterly, was up 23 percent in the first quarter of 2020 with 37 closed sales compared to 30 in 2019. And For Romer at least, that trend has continued in May and June.

“June may be one of the best months of our whole career, which is not what we expected,” said Geordie, who’s wife Allyson is the only other agent at Icicle Creek. “(The market) is the busiest I have seen it in the last 15 years. Just to give you an idea, last year in June there were 11 single-family homes closed in Leavenworth. Between just me and my wife, we have seven scheduled to close this June.”

Romer said that typically second-home buyers are very patient when selecting what they believe is the right home, but with most everyone working from home the past few months, it's altered their buying strategy.

According to Pacific Appraisals Real Estate snapshot, in January home sales were up 62 percent in the Wenatchee Valley year-over-year, 2% in February and 3% in March before starting to decline in April.

McLean said the market for houses on the higher end — $550,000 and above — have been slowing down a little, but that he anticipates the market to pick back up for those over the summer months.

Like most businesses, real estate agencies were forced to adapt to a COVID-19 environment. For McLean, there’s been a surge in video home-tours from buyers out of the area. For people already in the valley though, “they haven’t been too concerned with COVID-19,” McLean said.

“If they’re interested in a home that seems to be trumping sheltering-in-place,” McLean said. “But of the two different buyers, I do like the virtual tours. And I don’t think those will go away either.”

For Romer, they’ve been preparing virtual tours but they’ve found that potential buyers have been keener on in-person showings.

“I don’t think that you get quite the same sense of a property virtually as you do being there in person,” Romer said. “It’s harder to see details of quality or scratches in the paint; those things don’t show up on video very well. How do you get a sense of privacy or how close the neighbors are? I also think people are cooped up at home and are looking for an excuse to leave and get in the car. It’s a welcome distraction and the houses aren’t occupied so the perceived personal health risk is relatively low.”

Romer said they’ve limited the number of people they take through a house to just one family member. All showings are by appointment only, masks are worn and hand sanitizer is used after touching items around the house.

And once the papers are all signed, the way buyers and agents have celebrated has changed slightly. There are no hand-shakes; no corks popped or appreciation events held afterward.

But for McLean, he believes that’s also allowed him and his agents the ability to get away from some of the cheesy stuff that other Realtors do and connect more on a human level.

In the first two weeks of Gov. Jay Inslee’s stay-at-home order, all he and his staff did was reach out to clients to ask how they were doing.

“That’s the main thing we did for a month,” McLean said. “Just how are you doing personally in these times, not are you looking to buy or sell a house. I sent over 2,000 text messages, it took me about a week to do. But our clients were thankful for that."

‘A leap of faith’ | Three businesses make their debut amid pandemic