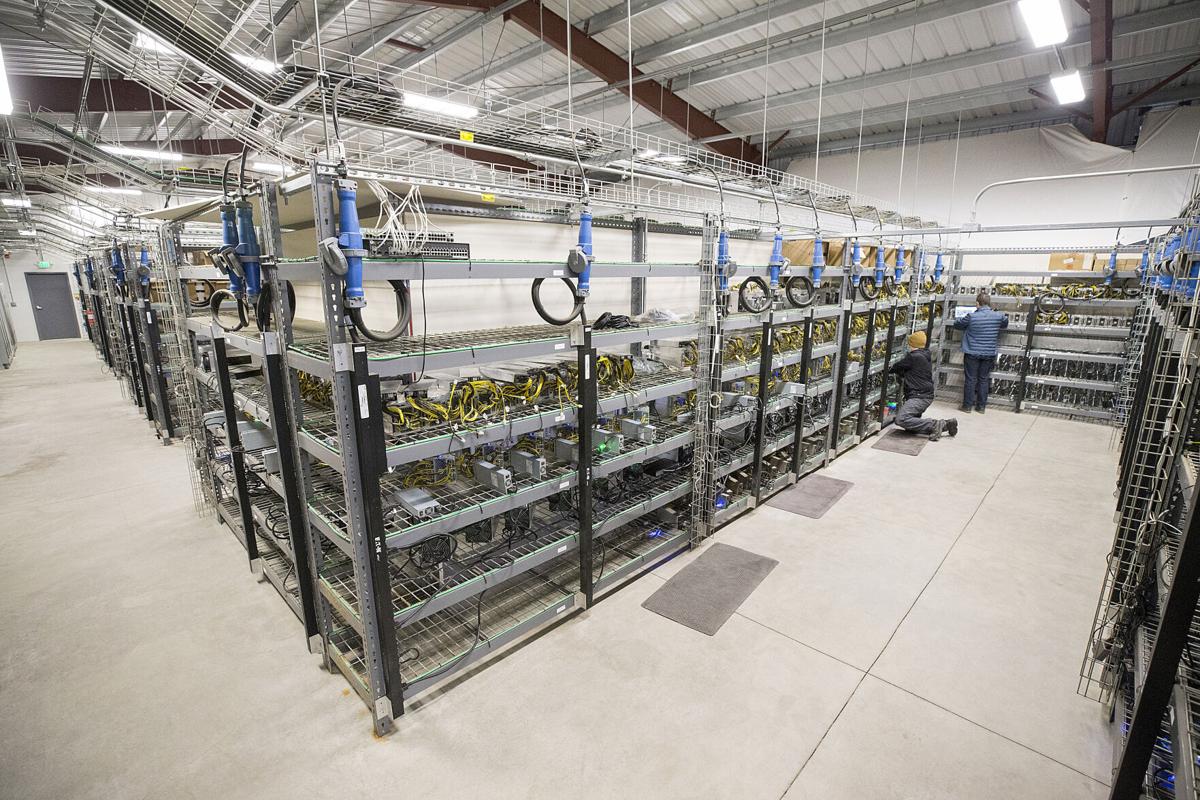 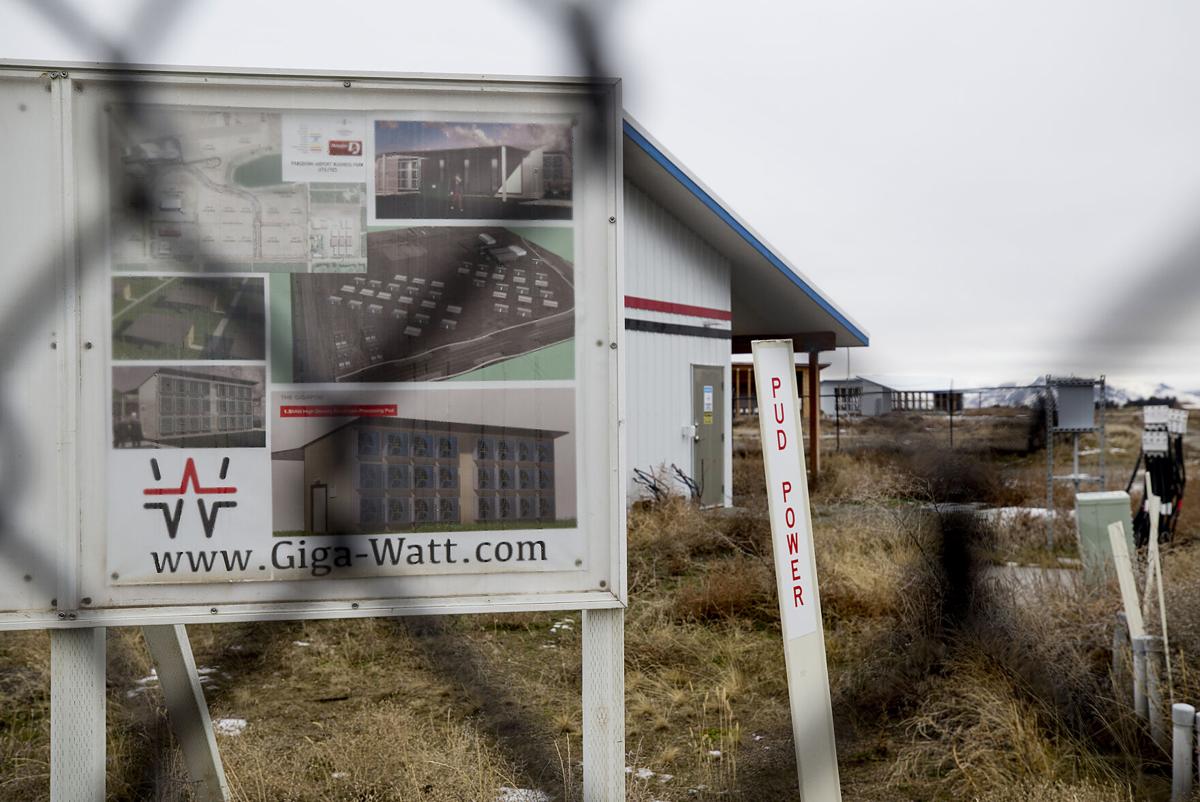 The failed Giga Watt facility, built in 2017, sits idle in the Pangborn Airport Industrial Park. The company filed for bankruptcy protection in November 2018, listing a debt of $70 million. 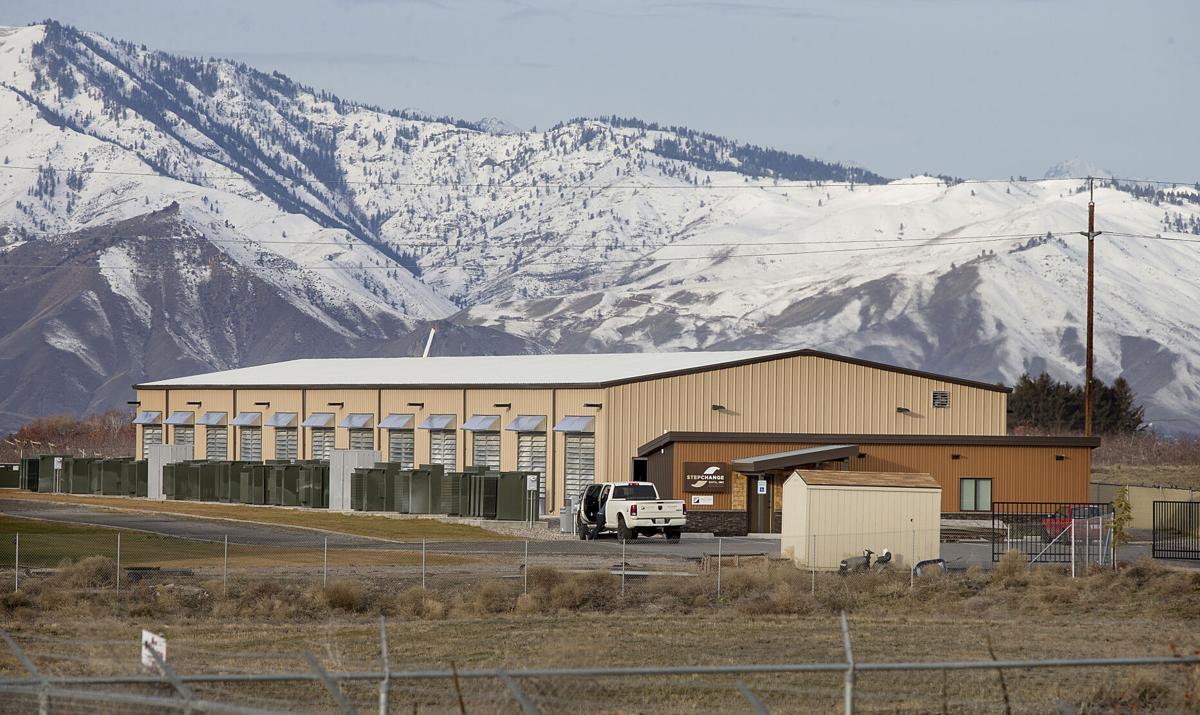 One of Salcido Enterprises cryptocurrency server farms is located at Pangborn Industrial Park. Transformers, providing the massive electrical needs of the farm line the side of the building. 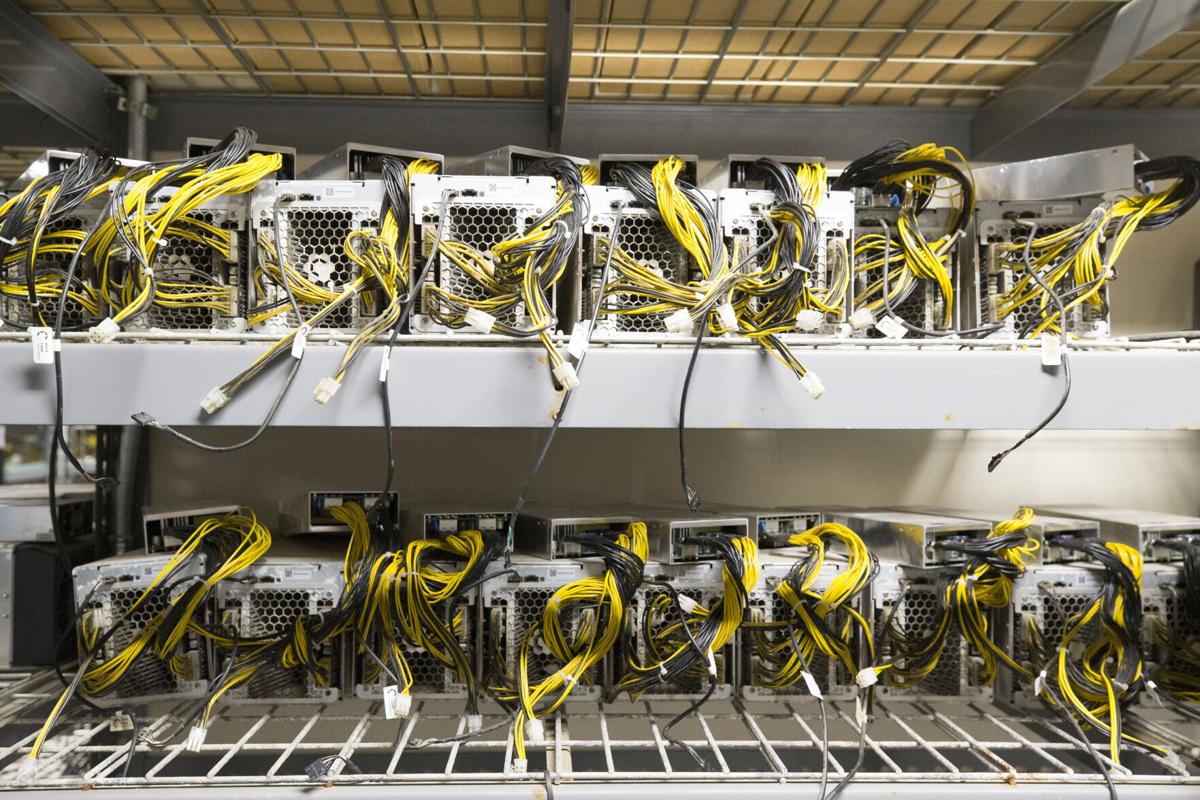 Old servers ready to be salvaged or recycled sit on shelves Jan. 14 at the server farm at Pangborn Industrial Park

The failed Giga Watt facility, built in 2017, sits idle in the Pangborn Airport Industrial Park. The company filed for bankruptcy protection in November 2018, listing a debt of $70 million.

One of Salcido Enterprises cryptocurrency server farms is located at Pangborn Industrial Park. Transformers, providing the massive electrical needs of the farm line the side of the building.

Old servers ready to be salvaged or recycled sit on shelves Jan. 14 at the server farm at Pangborn Industrial Park

EAST WENATCHEE — In some ways, mining Bitcoin is like drilling for oil.

“If you can’t cover your cost at $50 a barrel, you’re not going to be around long enough to enjoy the $100 a barrel spikes,” said Malachi Salcido, one of North Central Washington’s most prominent cryptocurrency miners.

Bitcoin, the world’s most popular digital currency, has seen its share of dips and spikes over the past decade. In the past year alone the price quintupled to a record $41,940 in early January.

For the few dozen cryptocurrency miners in the Wenatchee Valley, it couldn’t come soon enough. Last January the Douglas County PUD approved a new policy that raises their power rates 10% every six months for five years.

Add on regularly needed technology upgrades and the effects of the COVID-19 pandemic, and some mining operations were looking at much bleaker financial outlooks when the price was still hovering somewhere under $7,500 last year.

“Basically time was running out for us given that the electricity price was going up. We were getting close to just breaking even and then luckily the Bitcoin price shot up. That does put us in the black for now, but there is quite a bit of infrastructure cost that we have to recoup from a year-on-year basis,” said Raymond Walintukan, director of mining operations for Bitmain, which operates a mine in East Wenatchee.

As the price of a cryptocurrency rises, so does the interest from miners of all sizes looking to grab a piece of the pie.

It’s why some mining operations, like Bitmain’s 12-megawatt facility mine near Pangborn Memorial Airport, focus their efforts on mining as fast as possible when the price is low, Walintukan said.

“When the price does go up more people turn on their machines, so the yield comes down,” he said. “Then we end up mining less over time, so the best strategy would be to mine as much Bitcoin as you can while the price is low because no one’s mining the coins. Then you sell it when the price is higher.”

In those low periods they’ll switch out their powerful computers to the latest models to maximize output. That’s an easier proposition for Bitmain — they also manufacture the machines. The Chinese company is one of the world’s largest cryptocurrency hardware producers.

Even so, their mining operation in East Wenatchee spends somewhere between $10 to $30 million a year on new equipment, Walintukan said.

It’s a constant rush to have the latest and greatest computer network, which is needed just to keep pace with the competition, Walintukan said.

“You might yield 10% less Bitcoin every month and that’s just because everybody is buying new machines,” he said. “It’s like an arms race where you have to keep up with it.”

It ran a repair facility in Malaga for a while before scaling it down as the Bitcoin price fell and the company restructured. The company projects the price will be high enough, and consistent enough, to take another run at a repair operation.

It’s now expanding three repair centers in the country: one on the east coast, one in the center of the U.S. and one in the Wenatchee Valley. Walintukan is already recruiting and training local workers.

Rough estimates say there may be 60,000 cryptocurrency machines in the U.S. that need repair, Walintukan said. Shipping them domestically rather than over to the company’s headquarters in China saves customers time and money, he said.

“Any of those machines that need repair on the western seaboard would come to Wenatchee,” he said.

In 2018, Politico Magazine described the mid-Columbia Basin as a would-be “El Dorado” for the miners that flocked to the area to prospect for digital riches.

Many miners remain but the local industry’s landscape has changed significantly since then, Salcido said.

“At this point it appears that the kind of wild west, gold-rush stampede phase is over,” he said. “I think that was done probably about a year ago.”

Salcido entered the industry in 2013 and his company Salcido Enterprises now has several facilities in NCW, including Cashmere and East Wenatchee. It’s that scale which has allowed Salcido to maintain through the cycling cryptocurrency prices, he said.

“There will continue to be increased interest but the difference between now and 2016 to 2017, which is when it was really on the radar and consciousness of the general population, is it’s really an economies of scale opportunity,” he said. “People can’t run machines out of their garage so it’s only going to be relatively large and relatively well-established operations that are going to be in the space going forward.”

Salcido expects that consolidation will help the power utilities, keepers of miners’ most valuable resource, get their arms around the industry.

“Now utilities can continue to execute on their strategy of managing risk for what’s best for the most,” he said. “I would suspect over these next years it gets a lot easier for them to interact with a few relatively large data center-like customers. There’s just a lot less risk.”

And leveling off the explosive growth of the past few years was one of the primary drivers behind Douglas PUD’s power rate changes in 2020.

“Certainly we didn’t have an unlimited resource for them and at that time, and probably now, they would be seeking an unlimited amount of resource to pursue this,” PUD General Manager Gary Ivory said in a January interview.

The PUD had 22 cryptocurrency customers last year compared to 27 the year before. Its revenue from that customer class also dipped from around $7.1 million to $5.6 million.

But with the volatility of the market and the effects of the pandemic, those changes are hardly conclusive. Also, only one of the five year's worth of power rate increases has gone into effect so far, meaning the long-term effects aren’t fully known.

New cryptocurrency miners or even larger data centers that move to the county seeking power will now need to buy it on the wholesale market rather than the PUD-run Wells Dam.

Existing customers have gone up or down in power usage within their existing contracts, but the PUD has not yet entered into a wholesale contract with a new customer, Ivory said.

Salcido’s future growth is all about infrastructure. His facilities support global cryptocurrency networks — as their usage increases, it adds further value to his work.

“People don’t really understand that it’s machines on shelves that make a cryptocurrency network function,” he said. “So our longterm business plan is we would be an operator in the Central Washington region that is one of the locations that elevates the network that runs cryptocurrency that people utilize around the world.”

One recent example is PayPal, which in October announced a new service that allows customers to buy, hold and sell cryptocurrency directly from their PayPal accounts. It can also be used as a funding source at the company’s 26 million merchants.

"The shift to digital forms of currencies is inevitable, bringing with it clear advantages in terms of financial inclusion and access; efficiency, speed and resilience of the payments system; and the ability for governments to disburse funds to citizens quickly," President and CEO Dan Schulman said in a news release.

As consumer use grows, Salcido expects his primary revenue to shift from selling cryptocurrency to the fees that are collected when those consumer transactions happen on the network. It’s comparable to the transaction fees collected by Mastercard or Visa, he said.

While the pandemic has had negative impacts on large swaths of the economy, it’s also pushed many consumers and businesses to embrace digital tools. That helps reinforce the usefulness of a digital currency network, Salcido said.

“It’s accelerated technology adoption so we’ll end up benefiting from that. We are benefiting from that, just in the immediate term that doesn’t translate into dollars that pay the bills,” he said. “... The utilization of cryptocurrency is really just beginning. This is still the very early beginnings of the adoption and lifecycle of cryptocurrency.”

Dave Bartholomew | The danger of the carrot

For the Record | Business licenses issued in January